By Kerry Patterson17 December 2019No Comments

In this Blog, CREATe’s Dr Elena Cooper reports on The Hamlyn Lectures recently delivered by the eminent legal historian Professor Sir John Baker QC and connects the lecture’s theme of ‘inheritance’ from the past to CREATe’s record in copyright history. 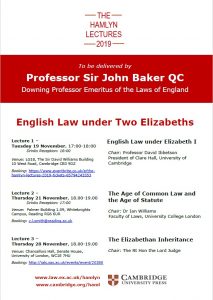 More information about the Hamlyn Lectures 2019 is available here.

The Hamlyn Lectures – the UK annual public lecture series about law – require no introduction to a UK legal audience. Funded by a private trust, the lectures seek to further knowledge about law ‘among the Common People of the United Kingdom’ and each year, since 1949, have attracted a prominent speaker. This year’s lectures were delivered by the eminent legal historian Professor Sir John Baker QC, Downing Professor Emeritus of the Laws of England, University of Cambridge. Introduced by Lord Judge simply as ‘the oracle’ – someone who required no introduction and should simply speak – Professor Baker presented three lectures on legal history at the University of Cambridge, the University of Reading, and finally at Senate House, University of London. The trust proscribes that the lectures are to be about comparative law – usually thought to involve comparing the laws of different countries –  but Professor Baker extended that concept to include a UK ‘comparative historicist’ approach, comparing the system of law we have today, to that of past times, specifically, the Elizabethan era.

The first two lectures outlined the principal features of law during the reign of Elizabeth I (1533-1603). The reign of Elizabeth I fell within the ‘Age of Common Law’ – the development of basic principles of law attributed to natural reason – in contrast to the reign of the current monarch, Elizabeth II, which can be largely characterised as an ‘Age of Statute’ – where a vast body of legislation has been passed. In the final ‘comparative’ lecture, ‘The Elizabethan Inheritance’, Professor Baker drew these strands together, looking back from the present to the past. He noted some continuities, for instance in the appearance of court proceedings and role of debt collecting, between the reigns of the two Elizabeths. Also, some concepts, such as ‘human rights’, today are often assumed to be new, yet in fact have deep roots in common law legal history. Notwithstanding these continuities, the lecture outlined the huge changes since the reign of Elizabeth I, in the court system, substantive law and the nature of litigation, which Professor Baker analysed in terms of accessibility, efficiency and fairness.

How does a ‘comparative historicist’ approach – analysing the present in terms its ‘inheritance’ from the past – connect to research activities at CREATe? 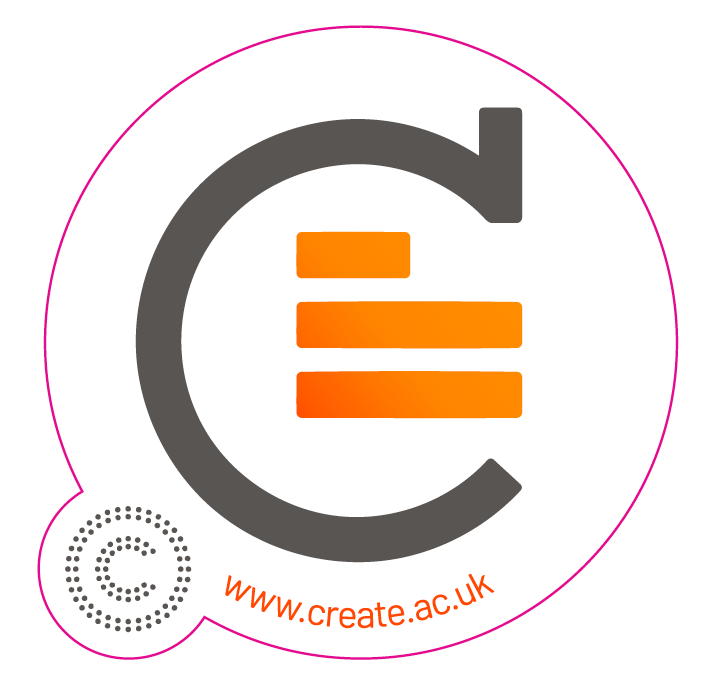 CREATe, while founded (in 2012) expressly for research into the future – the future of copyright and the creative economy – has always included copyright history as one strand of its research. CREATe is one of institutions behind the much-used digital resource Primary Sources on Copyright History 1450-1900 (http://www.copyrighthistory.org/, ed. Martin Kretschmer and Lionel Bently) and has, to date, hosted three copyright history events. First, in March 2015, CREATe hosted the Copyright History Symposium, comprising a public lecture by Tomas Gomez-Arostegui about his ground-breaking article Copyright at Common Law in 1774, followed by a roundtable discussion ‘What is the Point of Copyright History?’ (chaired by Hector MacQueen, with contributions from Lionel Bently, Oren Bracha, Charlotte Waelde, Mark Rose and Howard Abrams). Then, in 2016, CREATe drew the participation of a large audience of international interdisciplinary scholars, when it hosted the annual workshop of the International Society for the History and Theory of Intellectual Property, exploring ‘Intellectual Property and Resistance’. Finally, as part of the recent CREATe Symposium 2019, a copyright history roundtable and evening lecture co-sponsored by the British Literary and Artistic Copyright Association, celebrated the recent publication of the first book-length accounts that take copyright history away from its focus on the protection for books (Who Owns News? A History of Copyright by Will Slauter of Université of Paris Diderot and Art and Modern Copyright the Contested Image by Elena Cooper, CREATe), as well as exploring the connections between two on-going Leverhulme Trust funded research projects about the history of the criminal law at CREATe and Glasgow University’s School of Law.

The discussions at these CREATe events, as well as CREATe’s published research, illustrate well the value of ‘comparative historicist’ work for those seeking better to understand the present. For some scholars, particularly those working on US law, the past may seem inextricably embedded in questions of the present, such as the intentions of the Founding Fathers in drafting the copyright clause of the US Constitution, which is one context for Thomas Gomez-Arostegui’s seminal work. Further, critique of the practical problems stemming from copyright history – the need today for rights clearance of old unpublished works (which is a historical ‘inheritance’ from the protection of copyright at common law) – was one aspect of a CREATe project led by Ronan Deazley and Victoria Stobo resulting in the CREATe Working Paper Archives and Copyright: Developing an Agenda for Reform.

Yet, even outside these present-day frameworks, the past can provide an important critical vantage point on the present. Sometimes, as Elena Cooper’s Art and Modern Copyright illustrates, the past takes us to ways of thinking that are very different to how we think today, and in disrupting assumptions about what copyright has always been about, enables us to recover the contingency of the present and to imagine how the present could be different. In other instances, where there are strong parallels between past and present – such as debates over the legal protection of news explored by Will Slauter in Who Owns News? or the nature of photographic copyright claims brought by freelance professional photographers in the nineteenth century and today explored by CREATe’s Sheona Burrow and Elena Cooper in Photographic Copyright and the IPEC in Historical Perspective – historical comparison enables us to isolate particular elements that are different about today (the dominance of geopolitical concerns in recent debates over the legal protection of news, and the influence of the practices of collecting societies in recent small claims cases about photographic copyright). In other cases, as Elena Cooper argues in her contribution on R v Johnstone to Jose Bellido’s Landmark Cases in Intellectual Property Law, comparing the law today to the experience of a very different time and context, can help us to transcend immediately obvious explanations about the law today, and uncover underlying tensions with deeper historical roots (the longstanding ambivalence of intellectual property offences to paradigms of serious crime). The past, then, may well be at a first glance, a foreign country, as Professor Baker noted in the opening of his lecture. Yet, as CREATe’s record of research and events demonstrates, nuanced comparative historicism can provide important critical contribution to the legal questions of today.

Professor Baker’s Hamlyn lectures will be published in due course by Cambridge University Press. Linkages between past and present will be further explored by Dr Elena Cooper in the panel discussion ‘Legal History as a Tool of Law Reform’ convened by Dr Charlotte Smith to be held at the University of Reading in July 2020. The International Society for the History and Theory of Intellectual Property’s 2020 workshop will be held in Bournemouth, and its call for papers is currently open.