By Admin22 February 2018No Comments

Simone Schroff presents further research from the University of East Anglia on music collecting societies, for the Research Blog Series 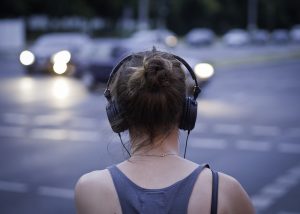 Our short project examined the impact of EU-level regulation of music collecting societies (or Collective Management Organisations [CMOs]), focusing on cross-territorial licensing for streaming in comparison to analogue uses such as broadcasting. It examined the extent to which the competition between CMOs has facilitated the availability of streaming licenses for online services such as Spotify.

Like copyright law, CMOs are traditionally organised along national jurisdictions, often having a de-facto or legal monopoly to administer the rights. They are able to offer blanket, multi-repertoire licenses only within their own territory. Digital uses such as streaming however do not follow national boundaries: the uses are inherently cross-border. As a result, a user seeking to offer a service in the whole EU needs a license for each member state, making the process too onerous in practice. The result is a fragmented digital market as services stop at the border and often cannot be accessed once the consumer leaves the member state. It is this lack of multi-territorial licenses that the EU sought to address in the CMO Directive part III. The chosen approach is to have national CMOs broaden their repertoire for digital uses through competition, based on minimum transparency and member supervision standards.

This project examined the effect of using a competition paradigm had on multi-territorial licenses, especially its aim to make it easier for digital services to acquire cross-border licenses. Our research contributed to the state of knowledge by comparing the licensing process for digital and analogue uses from a user perspective, following the same process a broadcaster and a streaming service have to complete when they want to offer their service in more than one jurisdiction. To get a more realistic idea of licensing from a user perspective, the data collection was carried out a trained lawyer but non- copyright specialist. Using the information available to the general public and therefore potential users, she identified the types, scope as well as the cost of the license a broadcaster and streaming service needs to offer his service in the UK, Germany, France and Sweden. The researcher kept detailed notes on how she identified the relevant information, the stumbling blocks she faced as well as the overall result.

Our findings reveal that the CMO Directive has not improved the licensing process for musical works in the digital realm and is unlikely to do in the future. Although all of the CMO’s examined in this project are in full compliance with the CMO Directive, streaming services are still not able to access the multi-repertoire and multi-territorial licenses as they require (and are available to broadcasters). In this respect, the Directive is currently not meeting its aim. Furthermore, it already negatively impacts on the authors it was meant to protect. By allowing authors and right holders to split their rights and assign them to different CMOs on an exclusive basis, and the limited conceptualisation of CMOs in terms of administrative cost ignore the diverse interest of authors. In particular, the CMO Directive undermines the principle of solidarity between successful and less successful authors. In addition, CMOs compete with each other to attract members but not in offering comprehensive licenses to the user.

In our published outputs, we argue that the exclusive assignment of rights to a CMO is the underlying issue. If authors would be permitted to assign the rights to several CMOs on a non-exclusive basis, then CMOs would need to compete on the licensing to users rather than solely in terms of administrative cost. This would also reduce the pressure on services for less successful authors.