By Admin2 February 2018No Comments 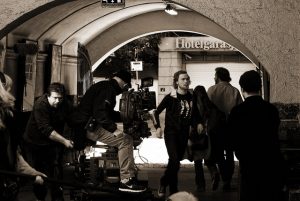 What did your research aim to do?
To track the development of film policy since the closure of the UK Film Council in 2011.

How did you do it?
I collected extensive documentation and undertook interviews with a range of individuals involved in film policy.

What are your key findings?
A major point is that in the UK film finance is in the hands both of HM Treasury and the DCMS. Public support for film production delivered by the film tax relief means through the Treasury (as well as newer tax reliefs for high-end TV, games, and animation) far exceeds that deriving from public bodies such as the BFI. This is little discussed in public.

What impact has your work had so far/what impact do you anticipate it will have?
So far, the work has been discussed in a workshop with a group of international film commissioners, raising questions about the different strategies at play in film support. It has also been presented in academic settings, notably the Screen Studies 2016 international conference.

Challenges encountered/Lessons learned
A key lesson – not novel but worth repeating – is that policy pronouncements are rarely what they seem. A second is that the quest for institutional survival by a cultural agency is not be cost-free as it may bring about significant realignments in thought and practice.

Are there additional/new research questions still to be answered in this area?
There are in-depth questions concerning the precise beneficiaries of film tax relief policy, in particular how this cashes out for major film producers and for independents, and the challenge of how to track in detail the effects on different sectors of the industry.

How has your association with CREATe helped to take things forward?
CREATE has been a useful framework for discussing these issues and also as an umbrella for this kind of research.