By Admin8 November 2017No Comments 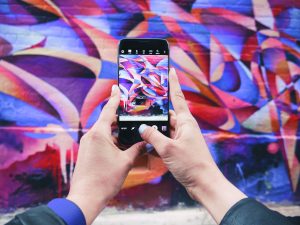 What did your research aim to do?
Examine the rise of, and issues associated with, smart cities in our society; informed by the obtaining of smart city UK funding by Glasgow and Strathclyde’s development of a Future Cities Unit. Particular emergent issues I wanted to examine were the effect on privacy of the total personal data capture in a smart city; and whether new forms of creative arts and participation might arise in smart cities.

How did you do it?
Held a “baseline” international conference bringing together participants from municipal governance, academics of different strands, political scientists, technologists, civil society, industry; followed by writing a very detailed journal article (15,000 words).

What are your key findings?
Smart cities are at the moment often a creature of the hype cycle and part of jostling for funding for states and cities. More research is needed from independent researchers on the privacy implications of ambient environments, especially in terms of private/public partnerships.  Consent in such environments to informed data sharing is a huge problem and may lead to “big data” profiling harms further down the line. Increasing algorithmic governance of processes in smart cities eg smart metering; smart transport; smart health service delivery; may also lead to problems of lack of transparency and control leading to citizen distrust. Civil rights generally eg freedom of movement, speech, may be impaired.

Surprisingly little attention is going into new forms of creative endeavour in smart cities though there is some interesting VR and environmental work going on. More crossover research is needed in this domain between law, politics, technology, architecture and urban studies as these are very different universes currently. 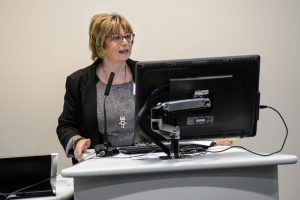 What impact has your work had so far/what impact do you anticipate it will have?
The conference resource and the article have become standard points of citation in what is a very new field. I was asked to deliver a lecture on smart cities and governance to the Irish Minister for Data Protection, who is a crucial player given the number of US tech firms situated for EU HQ in Dublin. I also spoke to policymakers in Adelaide, Australia and am often asked to comment for media on smart cities issues.

Challenges encountered/Lessons learned
“Smart cities” can embrace almost every problem known to the information society; at one point studying them felt like discussing simply “how we live now”. Restricting the scope of the research was a challenge.

Are there additional/new research questions still to be answered in this area?
Yes, this will be a huge area to discuss as it develops, but it intermingles with other fundamental questions re the impact of the Internet of Things generally; similarly the impact of algorithmic governance. To some extent the smart city area kick started my interest in algorithmic transparency and regulation which has become a major research field.

How has your association with CREATe helped to take things forward?
It helped considerably in assembling a roster of international, interdisciplinary speakers for the original conference; the resource page has also since been a useful calling card.