CREATe presents the tenth entry into our series of working papers released in 2020: “Memes and Parasites: A discourse analysis of the Copyright in the Digital Single Market Directive” by Dr Ula Furgal, Prof. Martin Kretschmer and Amy Thomas.

As we pass the fourth anniversary of the proposal for the Copyright in the Digital Single Market (CDSM) Directive, this working paper looks to the past to reflect on the discourses that led us to its adoption.

Throughout the formation of the Directive we all found ourselves embroiled in the discussions surrounding its development: Dr Furgal’s doctoral research focused on the press publishers’ right, whilst CREATe’s Copyright Reform resource page collected and continues to offer a trove of data to consult and find meaning in. In particular, we were curious as to how the Directive evolved from its original aim of harmonising copyright with a view of creating a digital single market, to determining the ‘life and death’ of media or challenging the dominance of the US ‘parasite’ platforms (summarised in a presentation by Prof. Kretschmer at re:publica, recording available here). What changed this narrative and how can we evidence these changes?

Focusing on the Directive’s two most contentious provisions: Articles 11 (press publishers’ right) and 13 (intermediary liability), our research offers an explanation of these changes. We conduct a discourse analysis of three sets of primary sources: transcriptions of the EP plenary debates, stakeholders’ submissions and press releases of the EU institutions, which leads us to uncover four topoi that dominate the debate: (a) Technocratic; (b) Value gap; (c) Internet freedoms; (d) European identity.  Each topos has temporal elements that evolve into sophisticated discourse strategies, and can be linked to the changes in Articles 11 and 13 (now Articles 15 and 17).

END_OF_DOCUMENT_TOKEN_TO_BE_REPLACED
Posted in CREATe Blog, Working Papers | Comments Off on New Working Paper – Memes and Parasites: A discourse analysis of the Copyright in the Digital Single Market Directive

This is part of a series of summary posts rounding-up new entries to the Copyright Evidence Wiki (organised thematically). As part of CREATe’s workstream for the AHRC Creative Industries Policy and Evidence Centre, the Wiki catalogues empirical studies on copyright. This month, Dr Kenny Barr summarises new featured studies on the closely related issues of: copyright term; reversionary rights and public domain; and digitalisation of culture.

Among the most contentious aspects of copyright is its temporal scope. Debates around how long copyright should endure have been central to copyright discourse throughout history. The Statute of Anne, Lord Macaulay’s 1841 ‘evil of monopoly’ speech, through to the recent successful campaign by content industries and prominent creators to extend sound recording copyright from 50 to 70 years in the EU in 2013 serve as examples. It follows that empirical evidence has been deployed by scholars, policymakers and industry lobbyists alike in support of varying, but often conflicting, arguments as to the optimal duration of copyright term. Recent entries on Copyright Evidence Wiki are highly relevant to these matters. END_OF_DOCUMENT_TOKEN_TO_BE_REPLACED

CREATe online seminars with our new postdoctoral researchers this semester

CREATe is happy to announce a series of seminars with our early career researchers, which will be held online.

Can 3D technology change the way we view the ownership of cultural heritage?

The first seminar with Dr Pınar Oruç our new postdoctoral colleague, will take place on Monday 12 October at 2.30pm and will be chaired by Dr Marta Iljadica, CREATe Co-Director and Lecturer in Intellectual Property Law.

Short Bio: Pinar completed her PhD titled ‘The Role of Copyright in the Digitisation of Cultural Heritage’ at Queen Mary University of London. She also holds an LLM from Cardiff University and a BA in Law from Koc University. She has previously worked in QMUL, UCL and University of Essex.

Abstract: Making reproductions of cultural heritage is already a common practice, but the developments in the 3D technology allow making faster and more accurate copies of the existing works. This presentation will examine whether this technology can change how we view the ownership of cultural heritage by questioning (i) how 3D technology can help heritage, (ii) how it affects restitution dynamics, (iii) how it can create new copyright ownership and (iv) who holds the scans when the original artefacts are returned. It will be discussed whether 3D technology can reduce longstanding restitution claims or complicate the matters even further.

A public consultation submission by CREATe and IPRIA

The tension between news media and digital platforms has been growing for years. While going through financial difficulties caused by the adaptation to the new digital reality, news media organisations strongly object to platforms using their content for free. The EU has already made its decision on how to address this tension: in April 2019 it adopted a neighbouring right for press publishers as a part of the new Copyright Directive. Australia is currently in the process of shaping its approach, but we already know it will be different to the European, with the Morrison Government taking a course on competition rather than copyright regulation.

On 31 July, the Australian Competition and Consumer Commission (ACCC) put forward a Draft Media Bargaining Code, opening it for public consultation. CREATe together with the Intellectual Property Research Institute of Australia (IPRIA) has filed a joint submission to the consultation. The submission, prepared by Ula Furgał (CREATe), Rebecca Giblin (University of Melbourne) and Julie Clarke (University of Melbourne) recommends amendments and clarifications to the Draft Code’s text on the following issues:

The full text of the submission can be accessed here.

Posted on September 18, 2020 by Diane McGrattan and Amy 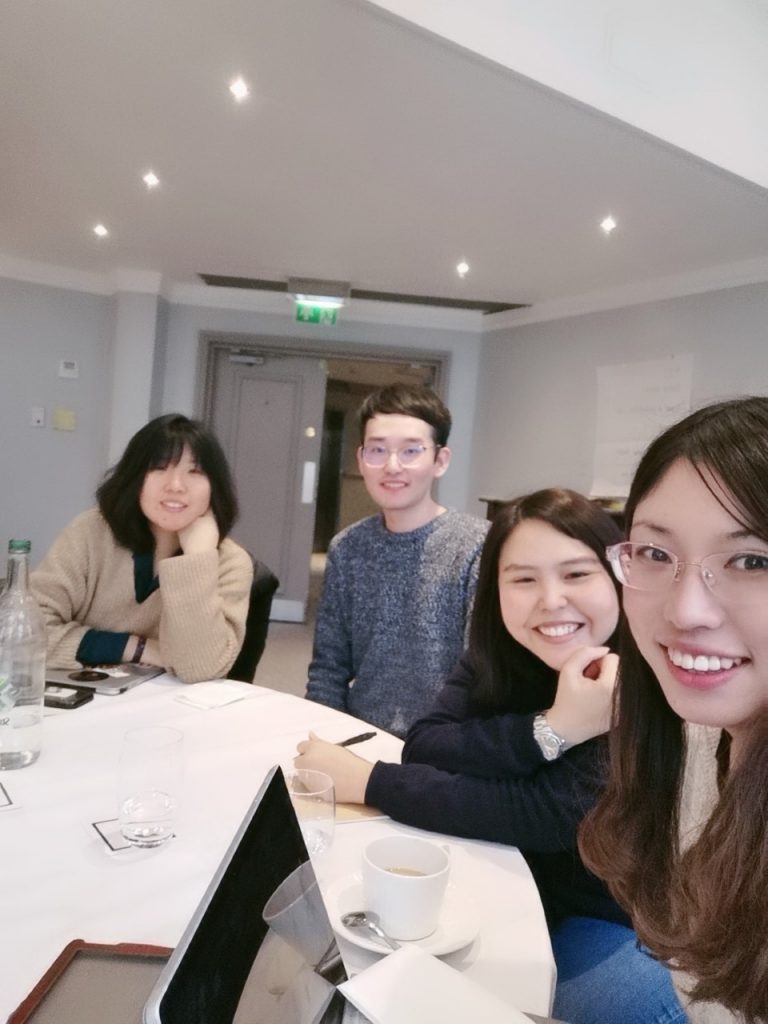 On 31 July 2020 CREATe PGRs participated in the University of Glasgow School of Law virtual PGR ‘Work in Progress’ session, sharing their updates under the Law and Technology (Methinee Suwannakit and Zihao Li), Social, Economic and Cultural Rights Recognition (Jiarong Zhang) and Copyright (Janet Burgess and Jie Liu) panels. Amy Thomas (RTA, Copyright Evidence Wiki Sub-Editor), one of the co-organisers of the PGR workshop, also chaired the Q&A sessions for the Social, Economic and Cultural Rights Recognition and Copyright sessions. This blog provides a summary of the PGR presentations, with some reflections on their experiences, valued feedback and future research directions.

Beginning the session, the Law and Technology panel approached legal issues in the digital environment from multiple perspectives, including finance, tort and privacy law (ending in a topical discussion on blockchain and COVID contact tracing apps). END_OF_DOCUMENT_TOKEN_TO_BE_REPLACED

CREATe presents the ninth entry into our series of working papers released in 2020: “After the post-public sphere” by Prof. Philip Schlesinger (Professor in Cultural Theory, Centre for Cultural Policy Research and Deputy Director of CREATe, University of Glasgow).

Sometimes, the purport of what you’re writing becomes increasingly clear in the process of composition, writes Philip Schlesinger. That has been the case for this Working Paper. I began by revisiting the public sphere, a topic I had set aside for well over a decade. In the present paper, I argue that in capitalist democracies we find ourselves in a transitional phase of indeterminate duration, in an increasingly significant break with earlier conceptions of the public sphere. The best way of describing the present state of affairs, therefore, is as an unstable ‘post-public sphere’. To name something ‘post’-this or -that often reflects our perplexity rather than offering a good analytical solution to a problem. Although we know a given social formation has largely disintegrated, we don’t yet know what the future will bring, although there may well be intimations.

A number of CREATe researchers will be presenting at two major conferences in September, which can both be accessed online this year:

Report – CREATe Public Lecture by Professor Lionel Bently on Copyright and Quotation: Beyond the Textual Paradigm

On 12th February 2020, I had the pleasure to attend the excellent CREATe Public Lecture Copyright and Quotation: Beyond the Textual Paradigm by Professor Lionel Bently (University of Cambridge). I was particularly interested in this lecture as I am currently conducting a research project aimed exploring the role that creative and cultural practice can play in defining legal standards such as fairness, using the quotation exception as a lens of investigation.

The Berne Convention requires its 188 participants to recognise the quotation right. Article 10(1) states:

END_OF_DOCUMENT_TOKEN_TO_BE_REPLACED
Posted in CREATe Blog | Comments Off on Report – CREATe Public Lecture by Professor Lionel Bently on Copyright and Quotation: Beyond the Textual Paradigm

UK sovereignty: A challenge for the creative industries

This is a written version of a presentation given by Prof. Martin Kretschmer on 16 July 2020 at the Westminster Media Forum policy conference “The future for the UK’s copyright framework”. A shorter blog is available via the AHRC Creative Industries Policy & Evidence Centre. 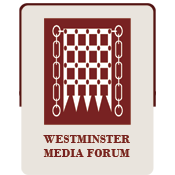 The UK government claims that Brexit will open up “significant opportunities” for the UK. Under their latest three word strapline, Check, Change, Go, a new campaign aims to prepare the UK for the end of the “transition period” on 31 December 2020. In line with messaging guidance, the word Brexit is not mentioned once. Rather: “The campaign will ensure we are all ready to seize the opportunities available for the first time in nearly fifty years as a fully sovereign United Kingdom.”

What is the room for maneuvre for the UK as a sovereign country? And what will the end of the transition period imply for the creative industries? In this presentation, I will discuss three aspects relating to intellectual property law, in the context of the wider legal order.

(1) The effects of the UK falling out of the single market;

(2) future regulatory competition with the EU and other trading partners; and

END_OF_DOCUMENT_TOKEN_TO_BE_REPLACED

Posted in CREATe Blog | Comments Off on UK sovereignty: A challenge for the creative industries

In just under a year’s time, the Copyright in the Digital Single Market directive (CDSM) should be fully implemented in EU member states. The Directive was contested at its inception, throughout its development, and once it was passed into law. While the text is now set, its interpretation at the national level remains the purview of individual states, and it is by no means guaranteed that the controversy marking its journey thus far, will abate.

Member states have made variable progress. As the CREATe implementation resource shows, some countries have tabled draft implementation bills, some have opened the bills up to stakeholder consultation, and some have not yet addressed the issue. Where consultation is part of the process, approaches vary widely. Ireland, for example, has consulted prior to formulating a draft bill by issuing a set of questions to the public, but responses are not visible and no report on the consultation has been issued as yet. In Slovenia, consultation was also carried out before drafting a bill, but without any questions to guide submissions, potentially limiting the relevance of responses. In contrast, Croatia invited public comment on a drafted bill via an already-established website where consultations are regularly promoted, and all comments are visible. Other countries have completely bypassed any kind of public consultation. In a classic example of copyright policymaking engaging primarily with its ‘usual suspects’, Sweden, Belgium, Lithuania and Slovakia have all convened discussion with a limited group of invited stakeholders and the outcomes of discussions are not transparent. In Sweden, adequate representation of user organisations was achieved only after NGOs challenged the government’s approach; it is not clear how much influence they will have when other stakeholders enjoy more established relationships with policymakers. In Belgium, leaked documents, rather than government initiatives, have been the source of public awareness while in Lithuania and Slovakia the outcomes of discussions on implementation have not been communicated to the public. Clearly, no matter what the apparently democratic structures of society suggest, across the EU the public right to influence an enormously significant policy is both limited and fragile.

END_OF_DOCUMENT_TOKEN_TO_BE_REPLACED
Posted in CREATe Blog | Comments Off on Implementing the CDSM: Overcoming polarisation through better consultation?