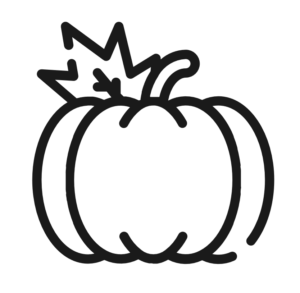 We are happy to announce a new edition of Morning Coffee with CREATe, a series of online seminars with our early career researchers. During the seminars, researchers will have an opportunity to present their work in progress and discuss ideas for future projects with their peers and senior academics. Seminars will be held on Fridays from 5 November to 10 December, all 10 – 11am (UK time). You are warmly invited to join us with your morning coffee, tea, or festive pumpkin spice latte!

The Balancing Test Between Individuals’ Privacy and Freedom of Expression: The Application of Misuse of Private Information in the Case of Individual Media Users

Coming into force, not coming into effect? The Impact of the German Implementation of Art. 17 CDSM Directive on Selected Online Platforms

The notorious Art. 17 CDSM Directive challenges EU Member States collectively with the task of its implementation into national legislation. Germany met this obligation with the new Act on the Copyright Liability of Online Content Sharing Service Providers (OCSSP Act) transposing Art. 17 CDSMD, which entered into force a bit late, namely on 1 August 2021. While the OCSSP Act is capable of serving as a model for other EU Member States, this paper aims to examine whether the OCSSP Act also has a de facto impact on the platforms of the respective service providers – and thus did not only come into force with the day of its implementation but also became effective. For this purpose, we reviewed the German language websites of seven OCSSPs at different points in time and analyzed the source-data to determine whether and how they implement the duties of OCSSPs under the German act.

Zen and the Art of Repair Manuals. Tensions Between EU Copyright Law and the Right to Repair

Repair manuals and technical documentation are essential resources for repairing modern equipment and devices. “Thin and light” design approaches and the widespread proliferation of embedded computer systems makes it extraordinarily difficult to diagnose and repair many modern products without access to repair manuals and related documents. Despite being largely utilitarian in nature, repair manuals are protected by copyright as literary works, offering manufacturers a de facto powerful tool to control who may engage in the practice of repair.

In the absence of repair, many modern products have a shortened lifespan and are abandoned or replaced prematurely, to the detriment of our society and the environment.

Recognising the importance of repair manuals, the European Union has obligated manufacturers to “provide access” to repair manuals for “professional repairers” upon payment of “reasonable fees” under the EcoDesign Directive’s October 2019 implementing regulations. Despite the prioritisation of providing “access” to these manuals, copyright in these documents remains unaltered.

This project assesses the inadequacy of the EcoDesign Directive’s framework in broadening access to repair. It then looks to a lesser-examined non-mandatory exception to copyright under the InfoSoc Directive for “use in connection with the repair or demonstration of equipment” as a way for independent and amateur repairers to reproduce and distribute these manuals. Following a brief examination of the implementation of this provision across a number of EU member states, this project calls for an interpretation of InfoSoc’s “repair” exception that would empower independent technicians and everyday people to distribute and make use of the necessary documentation to complete repairs.

The rise of digital media, coupled with the marketisation movement in China’s cultural industries, has led to a policy search for a re-centralised national regulation system. This research examines the implementation of censorship in China’s cultural production sector through producers’ self-regulation within media institutions and administrative measures from the regulators. It investigates the current practices of two national broadcasters (CCTV and SMG) and a streaming service (Youku) to show how political control of media balances out the growing commercial forces in the converging areas of audio-visual production in order to achieve a certain level of ideological coherence and to maintain social stability. It argues that although China’s digital regulatory regime seeks to enhance the model of government control of media, the intensity of ideological conflict and the lack of regulatory transparency increasingly challenge the centrality of national media and the collective approach toward the reimaging of public discourse.

Why is copyright law reluctant to protect traditional music: the cultural hierarchy in law

The Nineteenth Century History of the Jaeger Trade Mark

This presentation considers what the branding practices of a particular business reveal about the relationship between branding and trade mark law in the nineteenth century.

Jaeger was established in the UK in 1884 by a City of London businessman, Lewis Tomalin, as a business concerning the manufacture and sale of woollen underwear and clothing. Taking Jaeger’s early business history as a focus, I will explore the relationship between branding practices and legal rules regulating the use of trade marks, particularly the criminal law of false marking under the Merchandise Marks Act 1887. I will analyse the commercial and legal agreements concerning the use of the Jaeger trade mark, including the relationship of the UK business to a zoologist and physician:  Professor Gustav Jaeger of Stuttgart, Germany. Then, drawing on original archival material, I will uncover the high-profile criminal prosecution of Jaeger in the late nineteenth century, instigated by the Board of Trade. Whereas, most trade mark prosecutions at this time, involved a trade-mark owner bringing action for unauthorised use of a trade mark by a third party, the Board of Trade’s prosecution of Jaeger concerned the application of the criminal law to Jaeger’s own branding practices. I will conclude by drawing attention to the way that the specific branding history of Jaeger, takes us to new perspectives on nineteenth century ideas about trade marks (the relationship between trade marks and personality, and trade marks as indicators of geographical origin), as well as the significance of criminalisation to the historical development of trade mark law.