Report: Presentation by Dr Ryan Whalen: A Network Theory of Patentability: Towards an Empirical Measure of Patent Nonobviousness

Report: Presentation by Dr Ryan Whalen: A Network Theory of Patentability: Towards an Empirical Measure of Patent Nonobviousness

By Ally Farnhill24 July 2018No Comments 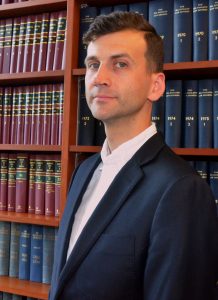 A group of CREATe staff and students met recently to welcome visiting researcher, Dr. Ryan Whalen, Assistant Professor at the University of Hong Kong, and to hear about his current research project. The project, undertaken along with Dr. Laura Pedraza-Farina, seeks to simplify the non-obviousness inquiry, using computational legal methods to create what he terms a ‘network measure’ of non-obviousness.

Determining when a patent application is, or is not, sufficiently ‘non-obvious’ is, arguably, one of the most intractable and uncertain legal inquiries known to IP lawyers. Traditional tests, established through US case law, adopt either a common-sense determination or a retrospective observation into whether the invention in question had been anticipated or suggested in the prior art. These approaches have, to date, offered little by way of certainty, are inherently either over or under inclusive and rely heavily on subjective analysis.

Introducing his research, Dr Whalen provided an overview of computational legal studies, explaining that the emergence of this field of research is due to a confluence of factors: the increased availability of data, enhanced computational capabilities and an ever greater degree of human skill. Prior to discussing the central role that computational methods have played in his current project, Dr Whalen offered a brief overview of the role of the non-obviousness inquiry in the patent application process, and in doing so expanded on the problem his research was seeking to address.

Dr Whalen explained that the purpose of his research is to harness the capabilities of computational methods in order to more accurately assess the level of innovation represented by a given invention and, subsequently, to enable a more accurate judgment of non-obviousness. This research takes as its starting point the idea that the patent system should reward, specifically, innovations that have combined knowledge from technological domains which are distant to one another. The technique takes information gained from Cooperative Patent Classification (CPC) data to create a network in which the links between different classes represents the number of times these classes occur in the same patents. From there, and in order to create what Dr. Whalen has termed the ‘Network Non-obvious Score’, the test consists of three main steps: 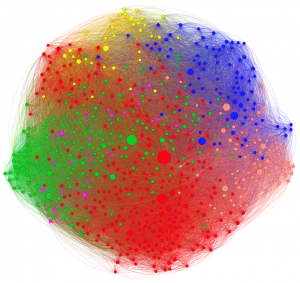 Dr Whalen was able to report that, to date, the results obtained were consistent with non-obviousness asessments made at the US Patent and Trademark Office (USPTO) and were also, in the main, in line with decisions of the Federal Circuit.

Although this research remains a work in progress, the technique would have a number of key legal implications. Not only would it offer an empirical assessment, representing a technique that could be used as part of a non-obviousness assessment, but it would also address issues which are prevalent in this area of law: hindsight bias and concerns over the lack of objective assessment. In addition, the approach would go some way to reconciling economic and psychological approaches, which focus on market failure and the ability of paticularly creative inventors to act as brokers, combining distant technologies to go some way towards solving these market failures.

A parallel report of this event is available from the Glasgow University IP Society and can be accessed here.