Why the incoming EU copyright law will undermine the free internet – An opinion by Dr Thomas Margoni, published in The Conversation

Why the incoming EU copyright law will undermine the free internet – An opinion by Dr Thomas Margoni, published in The Conversation

By Admin4 July 2018No Comments 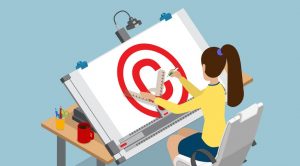 Continue reading on The Conversation.

The European Union’s proposed reform of copyright law has reached a critical stage as the one of its key legislative measures approaches its European Parliament vote of approval.

The first major update to copyright legislation in almost 20 years, the intention of the Directive on Copyright in the Digital Single Market is to modernise and make it fit for the digital age. But some very problematic provisions have entered the draft text and been recently approved by the European parliamentary legal affairs committee. Which means that the current proposal, with all its problems, has a good chance of becoming law very soon, depending on the final plenary European Parliament vote on July 5.

This is something you should care about

There are many aspects to the EU’s current copyright reform package, of which some are unquestionably good ideas. But the copyright directive, specifically, has generated a lot of concern – and public campaigns for action – due to three provisions that will significantly affect the online life of millions of citizens, and not necessarily for the better. These three provisions are the right for press publishers, filtering obligations, and the provision dealing with text and data mining. We have already discussed this last provision, and so will focus here on the other two, more controversial measures.