By Martin Kretschmer29 June 2018No Comments 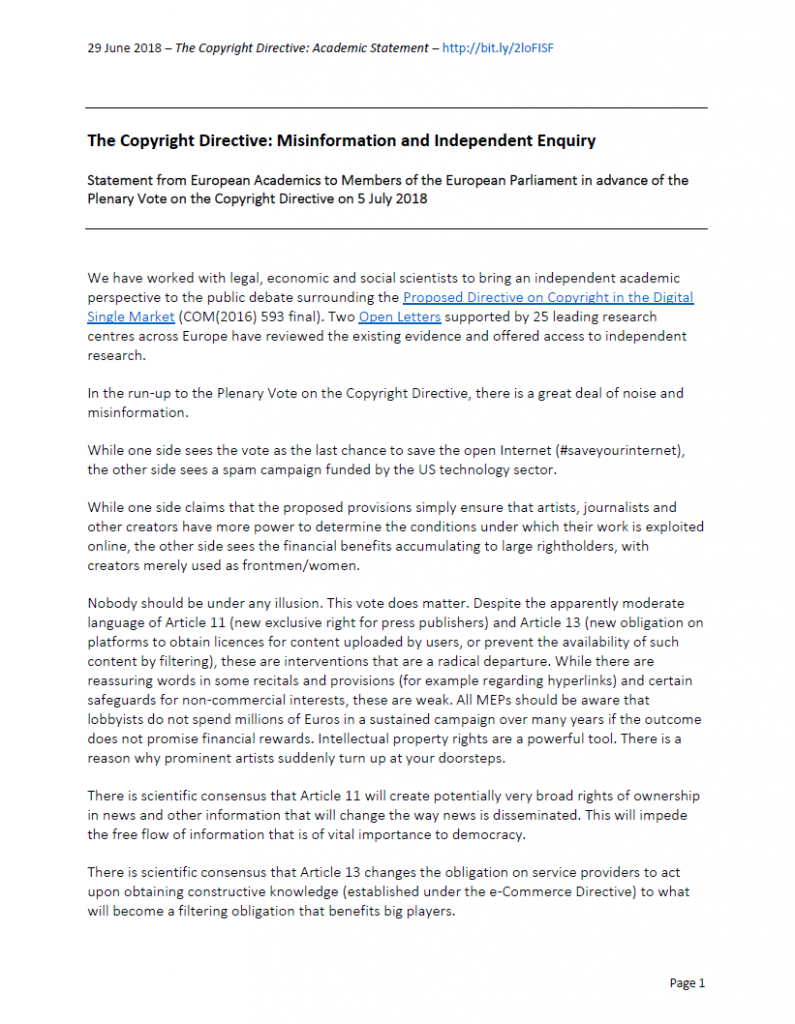 A new academic statement has been released today in anticipation of the plenary vote in the European Parliament on the Copyright in the Digital Single Market Directive, scheduled for 5 July, 12:00.

More than 200 academics from over 25 research centres, including the leading European institutes, have signed open letters opposing Article 11 (new exclusive right for press publishers) and Article 13 (new obligation on platforms to obtain licences for content uploaded by users, or prevent the availability of such content by filtering).

This latest statement attempts to address directly some of the misinformation that is circulating in a heavily lobbied environment. The statement rejects the following four claims as false:

False: The Internet will not be filtered

False: There is no problem relating to freedom of expression

False: Memes will not be affected

The statement also assesses the following claims as misleading:

Misleading: Complaint and redress mechanisms will protect the interests of users

Misleading: Authors will receive an increased share of copyright remuneration

In the volatile lobby atmosphere, which includes an online campaign #SaveYourInternet, and allegations that US tech firms are orchestrating spam mails to MEPs, the statement is also concerned about the neglect of independent evidence.

The statement is clear:

It does not happen often that there is wide scientific consensus on a contested policy issue. This is such a case, and policy makers need to take note. The full statement can be read here.