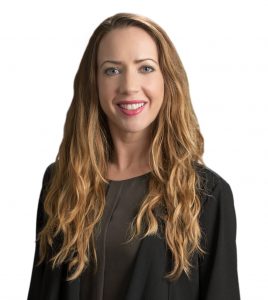 As part of CREATE’s Spring 2018 Public Lecture series, Carys Craig (Associate Professor, York University, Toronto) presented her findings concerning the origins and development of the fair dealing doctrine, as well as introducing her relational theory of authors’ rights. The lecture was held on the 21st of March in the Arts and Humanities Theatre of Glasgow University, and was chaired by Thomas Margoni.

Carys began her discussion by tracing the origins of the fair dealing doctrine historically. From its initial basis in the concept of equitable treatment in the 18th century, the doctrine moves to a more formalistic and exhaustive interpretation, with heavy colonial influence evident in the narrow readings of copyright exceptions throughout the 1900’s. Indeed, Carys noted that as at 1999 there had been no Canadian cases where fair dealing had been pled successfully.

A seismic shift was apparent in the early 21st century, namely through court led change in the CCH case, where the idea of fair dealing being a “user right” was implemented. Following the apparent backlash from this decision, Carys notes that this in itself is evidence that the rallying cry of a “user right” is more than just a case of semantics, and instead represents a significant change in copyright discourse. The concept has generally been regarded as empowering to users in a time where corporate interests are most dominant, and demonstrated an apparent movement towards broader interpretations of fair dealing.

However, two recent illustrative cases are noted where the same user right has been curtailed sharply: United Airlines v Cooperstock, and Access Copyright vs York University (currently under appeal). In both cases (the former relating to a parody claim and the latter regarding educational copies) neither succeeded on a defence of fair dealing – despite the courts recognising this as a user right. These cases lead Carys to surmise that the introduction of a user right has not been successful in reshifting our understanding of copyright limitations.

Using feminist theory to interpret this, Carys concluded that there is no solution to “rebalancing” the copyright discourse through the implementation of an individual rights regime. The result, she argues, produces a tension; on the one hand arguing against the legal fiction of the rights of the romantic author, whilst on the other asserting a new users right in an effort to rebalance this. Instead of such an approach which is embedded in the idea of copyright as property, a more functionalist perspective should be adopted to emphasise the role of copyright as speech or expression. Users in this scenario should not be considered trespassers, but are instead fundamentally participatory, and have a dialogic role in responding to works – to informing them as well as being informed. Indeed, we see some recognition of the value in repurposing protected works to give new meanings and expressions evidenced in cases like Google Books, or the recent debates around Richard Prince’s repurposing of Instagram photos.

This relational theory was further developed by Carys in a lecture hosted by the Glasgow Legal Theory group on 22nd March, where she discussed the application of a critical lens to the concept of authorship in copyright law.