Guest post by Ally Farnhill, former student on the LLM in Intellectual Property & the Digital Economy 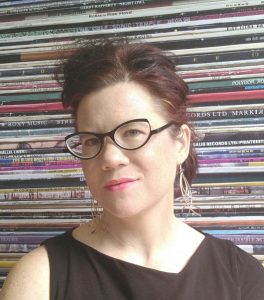 It is long established that the copyright system is predominantly concerned with incentives and rewards; incentivising creators to create and to keep creating, for their benefit and the benefit of society at large, and rewarding those creators for their efforts. While rhetoric and debates around copyright protection generally feature the author as central, it is questionable, particularly in a constantly changing creative landscape, whether this is, in fact, true. In a hugely thought-provoking presentation and the third of CREATe’s Autumn Public Lectures, Professor Rebecca Giblin (Monash University), addressed the failure of current copyright models to work in the interests of authors, and offers a new formulation which would place authors’ interests at the centre of copyright discourse.

Noting the long standing principle that authors will be incentivised to future creation by long copyright terms, Professor Giblin questions whether this remains true in an environment where cost of creation is reduced and works are, generally, no longer easily lost to society. Citing research which suggests that the incentive value to authors diminishes over time, with the bulk of the value being focused on the first few years post creation, Professor Giblin concludes that while economic principles may account for the first 25 years or so of value, what is left is offered as a reward to authors for their creative efforts.

Going further, Professor Giblin also notes that, in spite of rhetoric which appears to promote authors’ interests, evidence would suggest that current models, which often see a transfer of copyright from authors to more powerful publishers, do a poor job of ensuring authors get paid. The current merging of incentive and reward, into one prescribed term, fails to ensure that the reward element necessarily falls to the author.

In attempting to reformulate the current system in a way that would optimise the situation for authors, Professor Giblin suggests two objectives. Firstly, any new system would seek to ensure that creators were paid and would limit what they had to give away. Suggesting limited terms of 25 years, with transferred rights reverting to the author on expiry, Professor Giblin notes that this would allow authors to choose whether to exploit their work again to the same investor, or to take advantage of new licensing options. Secondly, any new formulation would seek to keep works available for public enjoyment, ensuring that both authors and the store of cultural goods enjoy the benefit. Indeed, Professor Giblin suggests that where details of ownership are incomplete, there is the possibility that a collective authors’ fund, a form of ‘domaine d’auteur’, might be established, feeding value back to authors and the public.

Of course, for this system to work efficiently, it would seem likely that some form of register would be required. While acknowledging restrictions on formalities, contained within both Berne and TRIPS, Professor Giblin suggests that a closer reading of Art 5 Berne, which stipulates that the shortest term is applied where a work is published simultaneously in a number of countries, may well reveal a workable solution. Further, Professor Giblin notes there would most likely be little appetite for TRIPS actions, particularly considering that this new formulation would be doing more to reward the author, and to honour the spirit and aims of both Berne and TRIPS.

In concluding, Professor Giblin outlined plans for future empirical research, required to move this alternative discourse forward. It is anticipated that future studies will consider how older works are distributed, how other reversionary laws operate, what sort of revenue is currently lost and what gains would be expected. This work is ongoing and progress can be followed at authorsinterest.org.