By Hung The Nguyen7 May 2015No Comments

The research team from CREATe’s new project at The University of Edinburgh on The Copyright Hub & Emergent Infrastructures for IP Trading explain their research goals. By comparing various emergent policy- and business-led initiatives in the creative economy, they attempt to capture, at an early stage, the constitution and evolution of new infrastructures designed to reduce the costs of securing licenses to use copyrighted works. The post was written by PhD candidate Hung The Nguyen. 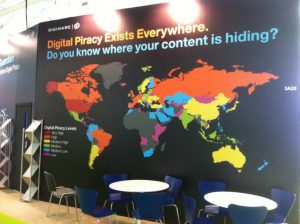 The history of copyright can be traced back to the enactment of Statute of Anne in 1710, designed to incentivise writers. Much has changed in the world over the subsequent three hundred years. Nowadays, questions are raised over whether copyright and intellectual property (IP) are still able to provide the necessary incentives for creativity in a modern world or whether they have become outdated laws which obstruct innovation and economic growth.

These considerations stimulated the UK government, over the last ten years, to make five attempts to re-evaluate its current IP framework. These efforts include the Gowers Review in 2006, the Creative Britain report in 2008, the Digital Britain report in 2009, the Digital Economy Act in 2010, and the Hargreaves Review in 2011. The last in this series, The Hargreaves’ review, remained largely identical to its predecessors in terms of approaches but differed in one crucial point: the recommendation for a Digital Copyright Exchange. This idea was embraced and subsequently developed by Richard Hooper into a proposal for the construction of the Copyright Hub – a UK-based initiative for cross-sector and cross-border licensing, using interoperable data standards and agreed communication protocols.

The Copyright Hub represents the latest policy-led (or at least policy-initiated) attempt to address copyright issues by using digital technologies to automate the copyright management process and thereby open up new markets for cultural content. Similar recent initiatives can also be found in various private sectors of the creative economy, such as Getty Images in photography, Netflix in audiovisual and Spotify in music. This provides us with a glimpse into the emergence of a new regime, in which IP does not have to be negotiated on a (slow/expensive) bilateral basis, but can increasingly be exchanged through various kinds of intermediaries. The evolution, extension and interaction of these intermediaries will constitute the new infrastructures for IP trading in the future.

These initiatives are still at an early stage in a process of experimentation and “social learning”. We will capture the constitution and evolution of these IP infrastructures through two sets of studies.

This research is taking place in a crucial period in which many countries and territories are beginning to define or are looking to establish long-term strategic frameworks for an emerging digital economy which is generating increasing pressure for IP reform and regulation around the world. For instance, in the US, no major legislation on copyright has been introduced since 1976. As a result, a great number of exceptions have been imposed upon copyright and courts have stepped in to intervene in many cases. Their outcomes are not always desirable and their approaches are not always consistent. In Europe, a number of calls have been made for the establishment of a single digital market. Eighty billion euros has been made available through Horizon 2020 – the biggest-ever EU Research and Innovation programme spanning the period of seven years (2014 – 2020) – which aims at “breaking down barriers to create a genuine single market for knowledge, research and innovation.” Similar national efforts can be observed in Singapore, Korea, China and numerous other countries on the both sides of Pacific Ocean. In this context, we hope to use this research as a medium to convey critical thinking and scientific findings to policy makers, copyright practitioners, legal scholars as well as other stakeholders and wider publics who may be interested the topic.

Further aspects of the research will be discussed in details in future blog posts.