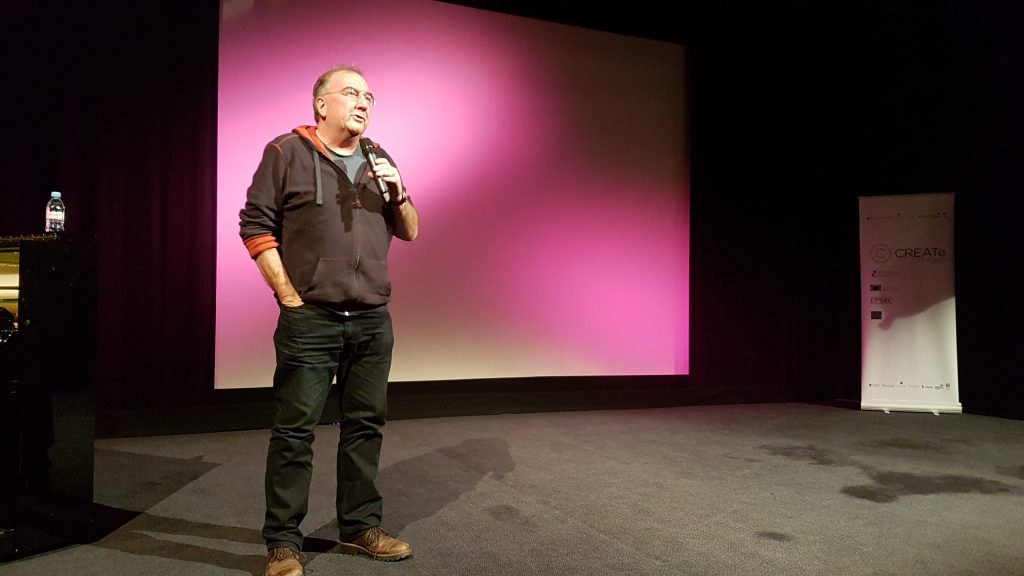 Thanks Claudy. Hello, I’m a silent film pianist and I’ll be playing the piano for this Sherlock Holmes.

Just a couple of things that may be of interest given the subject of the day. One is that the Sherlock Holmes that I scored was actually an improv with two other musicians, so the three of us took a third of the initial commission money each and we are all on 33⅓% of any royalties that that tape, I have to say tape rather than film, it hasn’t been released with our score on it, may generate, but nobody in their right mind in music expects to make any money out of DVD sales, particularly in America because they simply don’t pay for the music, there is no way of collecting musical copyright in America on DVDs if you are a British composer and you don’t have an American publisher or an American status, which is fine as long as you know that’s the deal.

In general almost nothing I’ve ever scored for silent film has generated any money, except for the Buster Keaton’s that I scored for the French company, Lobster, many moons ago, and they largely made some money because those films were then picked up for TV abroad.

And the biggest payment I got was because I happened to be playing some films in Tokyo and saw the Buster Keaton’s on Tokyo TV with my music on. I contacted the PRS, the PRS then went after the music, and about eighteen months later I did get some money for that, but in general you do not expect to get an awful lot back off the use of music.

Musical copyright, I’m sure you’ve been dealing with as well today, is an absolute minefield, and particularly where streaming’s concerned, and I can’t tell you where we are bang up-to-date in terms of that.

The other thing I thought you might be interested in though is you may or may not know that I have a bit of a TV career. That TV career is entirely down to fair dealing, seriously. BBC4 can afford to do the programmes I do because they fair deal the lot, which is why it can’t be shown anywhere else but BBC4. None of my stuff can be seen in America, it can’t be seen on BBC2, it can’t be seen on BBC1. For all the people who say oh if only your stuff was on BBC2, we couldn’t afford to make it.

We did have to pay obviously in terms of the material that we used, we had a certain amount of material we couldn’t use. We were also very much restricted in terms of the amount of it we could use, but at no point do I remember being told well we can’t have that amount of the film if we are referring directly to that moment in the film.

The one time we weren’t able to use any footage, which was utterly ludicrous, it was nothing to do with, as it were, commercial rights, and everything to do with the rights that Julie Andrews negotiated when she made Mary Poppins, which was that she still has absolute control over the reproduction of her performance, and she basically said she didn’t, I don’t think they even got as far as asking her, Disney okayed for us to use Mary Poppins in the first series I made, but we couldn’t use any of the stuff with Julie Andrews in it because Julie Andrews had a right of veto over the use of that, and I think rather than spend the money on trying to get to Julie Andrews and trying to get some kind of legal out for that, all of the stuff we used from Mary Poppins has just got Dick Van Dyke in it, which I’m not sure was what she intended, but that was how it wound up. As I say, that’s nothing to do with commercial rights, but it is to do with fair dealing.

One of the other things about fair dealing, if you’re doing something like commercial broadcasting, is that you basically don’t go anywhere near where there’s going to be trouble, and so everything was fair dealt in such a way that it was as simple as possible and cost as little money as possible.

To give you an indication, if you’re in any way involved with TV production or know anything about it, our episodes turned out at about £100,000 per hour ultimately, and that was for everything, so rights were a very, very small margin of that. If we had had to pay full commercial rights on the stuff we’d made for BBC4, that probably would’ve tripled the budget per hour of the programmes.

I hope you enjoy Sherlock Junior. If you haven’t seen it before, you are in for an absolute treat. If you have seen it before, you might even see stuff you’ve not seen before because this is a new restoration where they’ve put in a load of stuff that didn’t exist, so it’s as bang up‑to‑date as we can get. The music is improvised and is all mine, and anybody who uses it I’ll be down on you like a tonne of bricks. 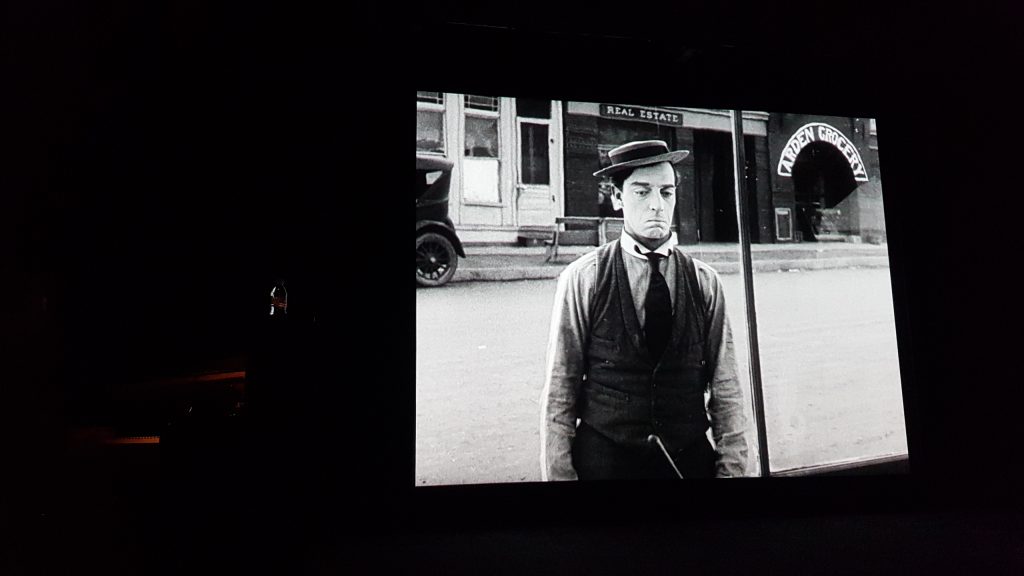