Orphans: Much ado about … what?

Orphans: Much ado about … what? 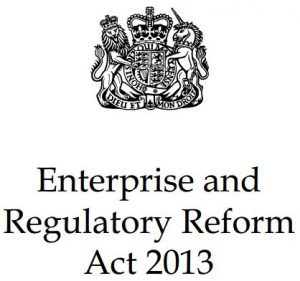 Much ado, even an air of conspiracy, surrounds the passing of the Enterprise and Regulatory Reform Act (ERRA) on 25 April.  The main focus has been on the Copyright Provisions in Part VI (“Miscellaneous and general“) that will insert a new section 116A into the Copyright, Design and Patent Act 1988, entitled “Orphan works licensing and extended collective licensing”.

The section will enable the government to set up (through the statutory instrument of regulations) a body with the authority to license so-called Orphan works, i.e. those works whose owner of copyright “has not been found after a diligent search made in accordance with the regulations” (s. 116A(3)).

Campaigning photographers (http://www.stop43.org.uk/) have argued that identifying metadata are routinely removed before images are published online, and a misinformed section of the blogsphere has trumpeted a message of expropriation. Eleonora Rosati of the IP Kat and Ben Challis of the 1709 Blog offer a nice range of quotes, including Dominic Young’s assertion that the UK had “abolished copyright”, and the Telegraph’s Instagram Act  headline: “social media users lose ownership of their own photos”.

“Within the new legislation is a change to UK copyright law which will effectively allow companies to use images which don’t include information identifying the owner for commercial gain. In other words, your holiday snap taken on your iPhone which you shared to your public-facing Facebook page, could end up in someone’s glossy brochure and you wouldn’t even get a penny, let alone a note asking if it’s ok.

There’s also no section of the new act which forbids sub-licensing practices, ie: someone can get your photo and sell it to someone else with little risk of repercussions. This is a very serious problem and I can see it only getting worse.

Interestingly, Instagram tried to enact this kind of commercial sharing approach to users’ content fairly recently but was (quite rightly) shouted down by angry consumers – and yet here it’s happening on a broader scale, by a national government and quietly through the back door.”

There are many misunderstandings in these short paragraphs. Here are three reasons why social media services will not attempt to rely on the Orphans provisions of the ERR Act for the use of digital images.

First, users would have to evidence diligent search (which photographers can pre-empt by registering their images on any public database).

Secondly, users will have to obtain a formal licence from a public body.

Thirdly, user will have to pay a market price for commercial use (and deposit that fee so that it could be claimed by a reappearing author).

Why would a social media service want to jump through these hoops?

Prior to the ERR Act, none of these processes were formalised. The current media practice to strip images of meta data, and even use such images in prominent positions (e.g. on newspaper covers, as is common with Twitter photographs after accidents and atrocities) will now attract greater scrutiny. While these practices may be undesirable (and indeed constitute an infringement under copyright law, both before and after the ERR Act), this a matter for legal remedies (such as the damages available for stripping metadata and indeed for unlawful use). This is where the photographers’ scrutiny should be.

It is misleading to claim that the ERR Act would permit digital images to be used without permission and compensation for the rights holder, and it is surprising that the claim has gained such currency.

The Orphan works provisions of the ERR Act are really designed for the large body of copyright works that lie barren because of the long copyright term.  For example, Mulligan and Schultz found that only 2.3% of in–copyright books and 6.8% of in–copyright films released pre–1946 remained commercially available in 2002: Mulligan, D.K. & Schultz, J.M., ‘Neglecting the National Memory: How Copyright Term Extensions Compromise the Development of Digital Archives’, 4(2) Journal of Appellate Practice & Process 451 (2002).

Archives currently run considerable risks making their collections available online. While the intentions of the ERR Act are thus well meaning, and entirely consistent with the overall purpose of copyright law (to release creativity), the details of implementation will matter greatly. I have to declare an interest here, as I am co-author of a study commissioned by the UK IPO which aims to offer a clearer understanding of how Orphan works are regulated and priced in other jurisdictions, and how a pricing system could be structured to ensure that “parents” are fairly remunerated if they re-appear, and users are incentivised to access and exploit registered orphan works.

Our study (with colleagues Favale, Homberg, Mendis and Secchi of Bournemouth University) simulated the clearance of Orphan works in several jurisdictions which have an operational system for licensing Orphan works (including Canada, Denmark, Hungary, Japan and India). Another example of the bizarre reception of the ERR Act is the Register’s claim that “[f]or the first time anywhere in the world, the Act will permit the widespread commercial exploitation of unidentified work“. Simply not true.

Our study found that in most of these systems in particular non-profit, non-commercial uses do not happen in the way anticipated, i.e. Orphan works are not released, or reunited with their parents, as the legislators claim. (I’ll write another blog once we can reveal the data with the publication of the full study.)

Lastly, I also should put on record that I consider the legislative process of the ERR Act to be problematic (https://www.create.ac.uk/blog/2013/03/17/copyright-in-artistic-designs/). The first version of the ERR Bill (as introduced in May 2012) did not contain any Orphan works provisions at all, and I still do not think the appropriate scope of copyright exceptions should be a matter for secondary legislation.