In October 2013, a symposium was organised at the University of Glasgow to gather input from policy stakeholders and academic experts on the definition and operationalization of the public domain for this empirical study. 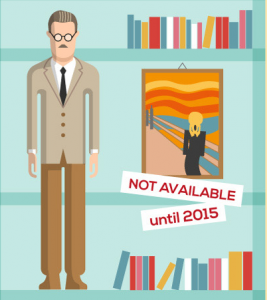 Digital proceedings of the event have been published as a CREATe working paper.

In 2013-2015, CREATe undertook a major research project to build understanding about how the public domain adds value to society.  As a two-year knowledge exchange project it was jointly funded by the UK Intellectual Property Office (IPO), the ESRC (Grant ES/K008137/1) and CREATe.  The total funding amount was £104,000.  The Principal Investigators were Kris Erickson and Martin Kretschmer (University of Glasgow). Co-Investigators were Paul Heald (University of Illinois), Fabian Homberg and Dinusha Mendis (Bournemouth University). The team adopted an interdisciplinary approach, incorporating perspectives from law, innovation and management studies, communication and economics. The final project report was published by the UK Government in March 2015 and can be downloaded as a PDF document here.

The public domain consists of information and creative works which are outside of copyright.  This study focused on four types of public domain material: 1) Copyright works which are out of term of protection, including literary and artistic works created by authors who died prior to 1944; 2) Materials that were never protected by copyright, such as tales from antiquity and folklore; 3) Underlying ideas not being substantial expression, such as inspiration taken from pre-existing work including genre, plot or ideas; 4) Works offered to the public domain by their creator, via certain free and open licenses.

Other definitions of public domain are possible. For example, some authors have argued for inclusion of certain uses of a work, such as those covered by fair dealing copyright exceptions. We did not employ such a definition of the public domain, because fair dealing limitations to copyright depend on who wishes to make use of the copyright work and when, and because firms in the creative industries need clear guidelines. Even conservatively, our findings confirm that the public domain consists of a vast and heterogeneous amount of material, which generates value for society and the creative industries in multiple and unexpected ways.  The published research report analyses in detail three such mechanisms of value generation.

The first study in the report concerns the exploitation of public domain materials by creative businesses, and their ability to generate value from these inputs. Findings from the 23 firms involved in this study suggest at least 4 distinct business models with different approaches to value creation and value capture, and with emphasis at different stages in the creative value chain. Some of the interviews with creative firms were recorded on video, and can be viewed below on this page. Working from this interview data, the research team inductively identified business model types and highlighted the following issues relating to public domain uptake:

SMEs, Copyright and the Public Domain from CopyrightUser.org on Vimeo.

Crowdfunding platforms such as Kickstarter offer small independent producers the opportunity to raise funds. Often, pitch creators incorporate IP from a third party rightsholder, or material from the public domain. In order to assess the performance of projects built upon public domain material in a creative marketplace, the team performed a computer-assisted content analysis on 1,993 Kickstarter projects from January to April 2014.  The research team employed statistical techniques to model likelihood of success of projects when different underlying copyright or public domain material was present.  Surprisingly, both public domain and third party copyright works performed better than new and original projects. The main findings were as follows: 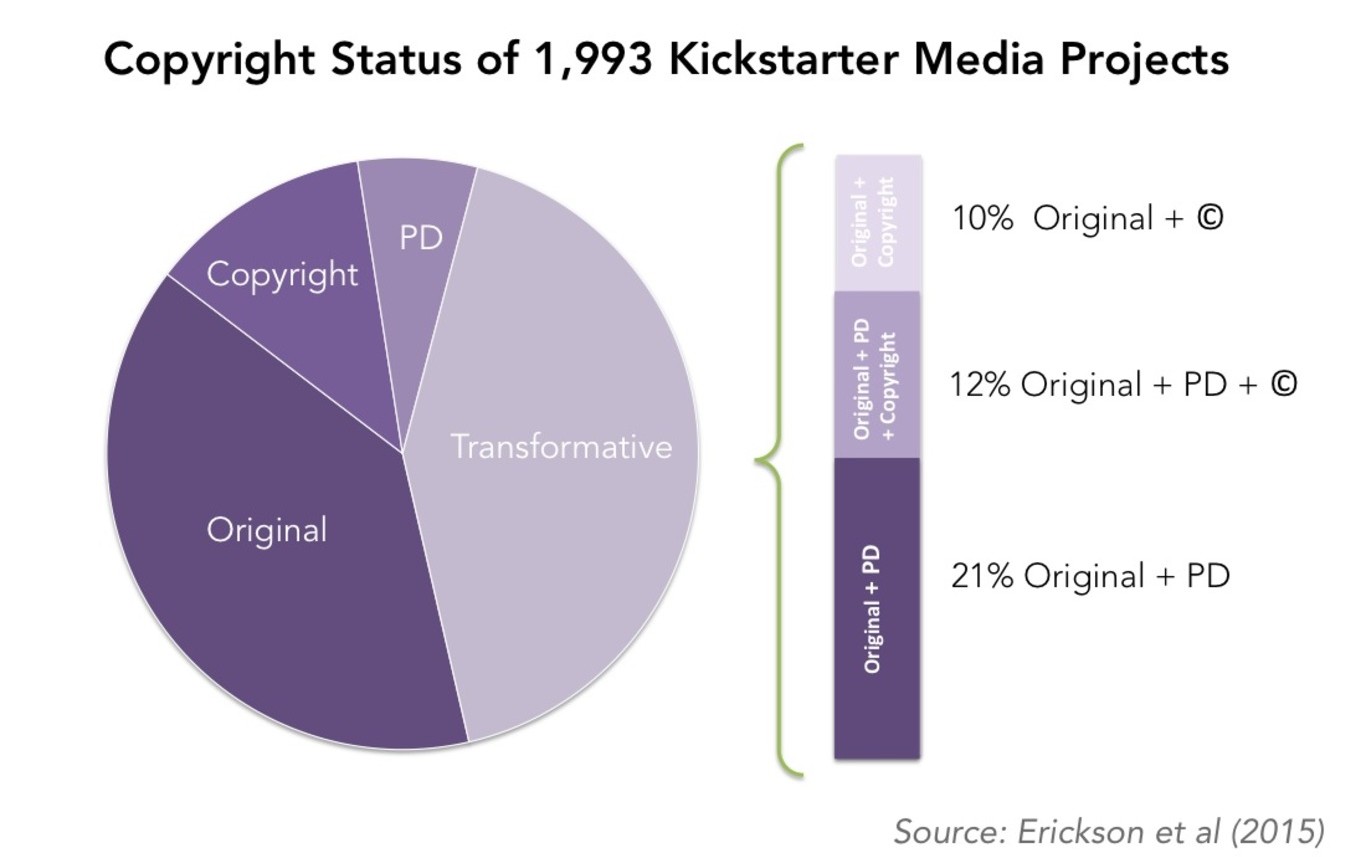 As a global information resource, Wikipedia is emblematic of the public domain, being free for uptake by commercial and non-commercial users alike. Much of the content on Wikipedia is supplied by volunteer contributors. However, supplemental material such as photographs and illustrations may be subject to copyright. They must be used in such a way to ensure the openness and availability of articles to downstream users. Consequently, the Wikipedia platform potentially benefits from availability of photographs and illustrated material in the public domain (either due to copyright term expiration or open and unrestricted licensing). To assess the value of public domain images in this setting, the researchers studied the presence of images on biographical Wikipedia pages of 1,700 literary authors, lyricists and composers. The study finds that the availability of public domain (PD) material has a positive effect on the rate of inclusion of images, as well as a measurable impact on the performance of those article sub-pages (in the form of increased visitorship).  Some of the key findings included in the report:

In July 2014, CREATe investigator Erickson was embedded on a research placement with the Intellectual Property Office in London, where he worked with the Economics, Research and Evidence unit. This exchange helped identify policy questions that could be addressed by the empirical research.

On 5th December 2014 the research team held a stakeholder event in London, at the offices of Digital Catapult. Morning presentations by stakeholder participants the British Library, Auroch Digital, and 3Turn Productions were followed by a panel debate with representatives from the Intellectual Property Office, Wikimedia Foundation, and British Library, in addition to the core research team. The event explored potential applications of the research findings as well as innovative partnerships between public and private institutions around use of public domain materials.

On the basis of empirical evidence gathered by the research team, the report makes a number of direct recommendations to policy.  These concern: 1) increasing the amount of material available in the public domain, through legislation or expansion of open licensing initiatives, or by assisting archives and other holders of PD and orphan works; 2) improving knowledge about the public domain among creators and creative businesses, and where possible, clarifying the legal status of works; 3) improving information flow between creative industries and memory institutions and other holders of public domain materials.

Initiatives to increase the accessibility and searchability of public domain material will likely lower barriers to entry and encourage innovation and new products.  Government is encouraged to consider examining how new innovation may be fostered through the provision of high-quality, reliable archives and datasets. Such projects should consider questions such as ease of access, transparency, portability and quality (these are emerging as key concerns in debates about open public data more generally).

Finally, the project report highlighted problems with prior methodologies used to assess the contribution of copyright-related economic activities to national accounts. In fact, this research demonstrates that development and exploitation of creative products which attract copyright cannot easily be disentangled from public domain ‘inputs’ to that same creative production; nor can the increasing number of creative outputs offered under free and unrestricted open licences, be easily counted as part of a tabulation of the contribution by ‘copyright industries’. A more nuanced and grounded approach is needed.