By Amy Thomas25 October 2019No Comments

This is part of a series of blogposts documenting the CREATe Symposium 2019. In this post, Amy Thomas reports on the Emerging Researchers’ Workshop, which took place on Tuesday 8 October 2019. 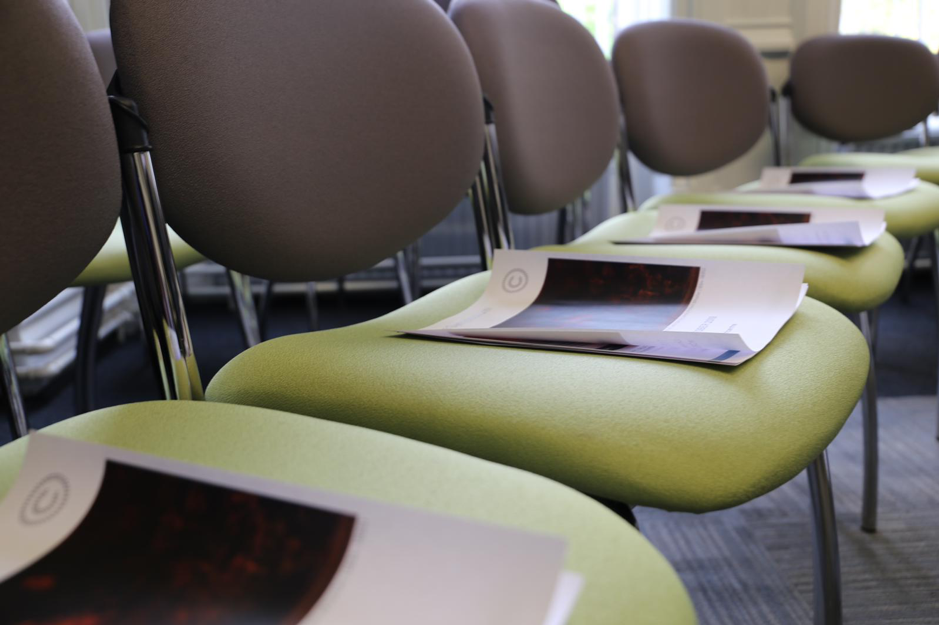 The CREATe Symposium 2019 opened with PhD candidates and postdoctoral researchers presenting their research via lightning talks and informal discussion in the Emerging Researchers’ Workshop (organised by Amy Thomas and chaired by Marta Iljadica, Lecturer in IP Law, University of Glasgow). Researchers were challenged to present in only 3 minutes with the aid of one slide.

Kenny Barr (Research Associate in the School of Culture and Creative Arts, University of Glasgow) opened the workshop by presenting ‘What Everybody Owns, Nobody Owns; Collective Licensing and the Soundtrack to a Property-Owning Democracy’ which considers the relationship between television production and recorded music. Using a case study of Homes Under the Hammer, Kenny analyses the effectiveness of the UK’s blanket licensing regime in shaping the aesthetic of television programmes. 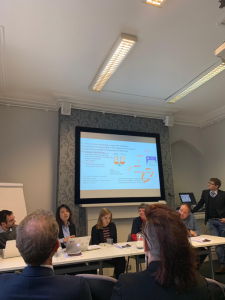 Having recently reached the finals of the Impact in 60 Seconds competition, Janet Burgess’ (PhD Candidate) quickfire presentation focussed on her thesis work on ‘How Amateur Musicians Negotiate Copyright: An Analysis of Law in Action’. Her initial research findings suggest that most amateur musicians are confused and worried about copyright law – is this a case of law in action or law inaction?

The quote “Newspapers? Did you find a portal back to the 1990s?” inspired Ula Furgal’s (AHRC Postdoctoral Researcher) thesis on the highly-topical press publishers’ right and rights in news. Her work explores the controversial and polarised debate in the context of the changing notion of “journalist” and journalists’ concerns.

Jie Liu (PhD Candidate) presented her thesis work concerning the scope for collective rights management in the digital era. Her work explores how new technologies and different business models may improve authors’ remuneration, including an empirical assessment of how remuneration works in different processes.

We were privileged to host the first thesis-related presentation by Bartolomeo Meletti (Creative Director, CopyrightUser.org and PhD Candidate) on ‘Fairness in Copyright Law’. His work questions how individuals and businesses reuse work based on their knowledge of copyright, and whether these creative and cultural practices play a role in defining legal standards such as fairness (including a case study of the controversial Fortnite reuse of (un)protected subject-matter). 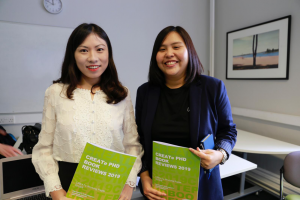 Luis Porangaba’s (Lecturer in IP Law, University of Glasgow) presentation challenged the idea of ‘multimedia marks’ in European Union trade mark law. This included thought-provoking questions on the protectability and distinctiveness of gameplay mechanics (in particular a ‘kill cam’ mechanic from the Sniper Elite series).

On privacy and personal data, Methinee Suwannakit (PhD Candidate) presented her thesis work on the rights of individual media users. Her work considers whether the English tort of misuse of private information may entitle users to remedies and/or damages for breaches of privacy, and indeed whether this is adequate or appropriate in newsgathering processes and publications.

Amy Thomas (PhD Candidate, Research and Teaching Assistant, Sub-editor Copyright Evidence Wiki) summarised her thesis work on ‘The Concept of User in End-User Licensing Agreements’. Using discourse and content analysis of end-user licensing agreements, her work seeks to explain the changing nature of our relationship with creative works in the usership society. 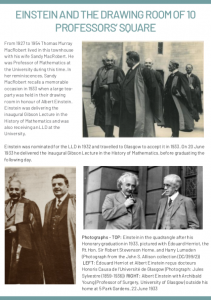 The workshop closed with a presentation by Jiarong Zhang (PhD Candidate) on her thesis work concerning Traditional Cultural Expressions (TCEs) and intangible cultural heritage in the digital environment. Her work indicates that the digitisation of TCEs may be a means of filling the functional, technical and structural gaps between TCEs and copyright.

Lively discussion continued in the ‘Einstein Room’ (Room 304, 10 Professors’ Square) which had hosted a large tea-party in honour of Albert Einstein, who received an LLD from the University of Glasgow, in 1933.