By Andrew McHugh20 January 2016No Comments

CREATe’s Industry Fellows scheme was established to further develop and deepen connections between CREATe and its industrial partners and stakeholders.

Emma Barraclough is a business and legal journalist. She spent more than a decade as a writer and editor at Managing IP, a leading journal for intellectual property owners, users and their lawyers, including three years as the magazine’s Asia editor in Hong Kong. She has a background in politics and Chinese studies and qualified as a solicitor before beginning her career in legal publishing. She recently completed an MA in Globalisation and Multinational Corporations at SOAS.

Contribution
Academic research has traditional ways of dissemination, such as research journals and academic conferences, avenues which are not readily accessible to the general public or even strategic stakeholders such as industry groups and policy makers. Emma brought to the fellowship a wealth of experience in trade journalism, acting as a bridge between academia and industry by applying her journalistic skills to bring academic research to a wider readership. The fellowship provided a wider visibility to CREATe research through industry journals as well as other specialist dissemination outlets.

Blogposts:
Why the CJEU is learning on the job?
The rise of China’s film industry
Why evidence and experts matter?

Naomi Korn is a specialist in copyright & compliance and is the Managing Director of her own company, Naomi Korn Associates, which she established over 15 years ago. As Chair of the Libraries and Archives Copyright Alliance (LACA) from 2013 – 2017, she led the reform of the UK’s copyright laws on behalf of the cultural heritage sector, which resulted in new UK copyright exceptions in 2014. A Trustee of the Chartered Institute of Library and Information Professional (CILIP), Naomi is a visiting lecturer at City University, University College London and Kingston University.

Contribution
Naomi wrote about copyright for museums and cultural heritage for CopyrightUser.org. Based on her extensive experience in the field, Naomi identified the copyright knowledge needs of museums in the UK to produce Sector-Specific Guidance for Museums and Galleries. 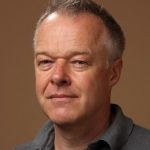 Bob Last has vast experience in the creative industries, starting in the business as an independent record label owner, producer and manager. He subsequently produced feature films and documentaries, including Sylvain Chomet’s multi award-winning and Oscar-nominated The Illusionist, Terence Davies’s critically-acclaimed Sunset Song, and BAFTA-winning children’s animated series OOglies. For a decade he has been actively engaged with public policy issues that impact on creative businesses and was Chair of the Board of Cultural Enterprise Office from 2009-2014. His report was published under the auspices of CREATe’s Industrial Fellowship scheme.

Contribution
Bob authored Connecting creativity, value and money.  Bob undertook the research for this paper when he chaired the CEO Board, and was then particularly interested in the question of access to finance for those engaged in creative work. The study itself, financed by the Scottish Government, mutated in the course of investigation to become an analysis of the tensions between economic and aesthetic calculations made by those working across a range of art forms and evolved into an argument for rethinking the bases of creative industries policy. The paper was published in July 2016 in collaboration with the Cultural Enterprise Office (CEO).

Richard Paterson is currently Head of Research and Scholarship at the BFI responsible for developing the BFI’s research collaborations with universities as well as the development of much of the BFI’s policy work in relation to IPR, broadcasting and new media. He has published widely in the field of film and television studies including many articles based on a pioneering longitudinal study on careers and creativity in the television industry – the Industry Tracking Study – funded by the ESRC in the late 1990s.

Contribution
Richard’s contribution entitled The competition discourse in British broadcasting policy, extended and developed his earlier work. It involved an analysis of the evolution of the independent production sector in the UK, with a specific focus on drama production companies in order to model how firms adapt their business models and operations to changing market conditions and regulatory interventions. The gradual encroachment of the competition discourse is described, as it undermined the longstanding social democratic model for broadcasting regulation while ignoring lessons from the USA about the consequences of the changes being wrought. The effect of the influence of this discourse on the regulatory framework, and the evolution of the business models of production companies, is traced as, over time, increasing consolidation between production companies and foreign ownership of the production sector occurred.

Jeremy Silver is an entrepreneur, author and strategic advisor. He is a member of the UK Creative industries Council. He is Chairman of MusicGlue and SupaPass. He was Executive Chairman of Semetric (recently acquired by Apple). He is advisor to InnovateUK, Bridgeman Art Library and Growth Intelligence. He was a strategic advisor to Shazam. He was CEO of Sibelius Software (acquired by Avid) and Worldwide Vice-President of New Media for EMI Group in Los Angeles. His book “Digital Medieval: the first twenty years of music on the web …and the Next Twenty”  is available in paperback and electronically.

Contribution
Variants of so-called block-chain technology have been the subject of much discussion as a potential new enabler of “transparent, equitable and non-discriminatory” transactions in the music industry. Jeremy’s paper, Blockchain or the chaingang?, explored whether the technology presents an opportunity to solve several of the music industry’s challenges, offering a new business model, a means to produce a publicly accessible global repertoire database, and a new means of music discovery that would allow consumers to navigate music creatively and intuitively. This paper looked at how bitcoin and blockchain captured the public imagination, some of the technology issues at the heart of blockchain and a key dispute taking the bitcoin community in different directions that has a bearing on any possible music applications. Exploring the initially superficial ways in which blockchain represented an attractive technology, the paper concludes with an assessment of opportunities and obstacles.

In May 2016, CREATe sponsored the Music Ally event ‘Blockchain Music Without The Middlemen‘ which served as the launch for Jeremy’s report – the first ever in-depth report on what blockchain really means for the music industry. The event also provided a forum to help build a practical consensus around the next steps to enable the industry to take full advantage of blockchain technologies.