By Andrew McHugh6 May 2014No Comments

In the first of an ongoing series of features, Philippa Warr explores the recent trend of cloned games on mobile platforms and some of the legal and regulatory issues that the phenomenon raises.

When we talk about clones in gaming we tend to mean the games which play like the original but have had their artwork and other assets tweaked. Their goal is to cash in on the original’s success or to create a version of that experience but dress it up in slightly different clothes. For the three aforementioned games the situations were as follows:

Dong Nguyen’s Flappy Bird was removed from the App Store by the creator and prompted a slew of copycats attempting to fill the gap as well as tribute games from developers riffing on the concept of guiding a bird through gaps in pipes as a show of support for a colleague.

Threes developers, Asher Vollmer and Greg Wohlwend posted an open letter about clones and riff on Threes’ central mechanic of pushing numbered tiles around a board. Their tone was one of acceptance but also sadness that they felt their original never had a chance to shine.

Ridiculous Fishing was initially released as a Flash game under the title Radical Fishing with the intention that developers Vlambeer would go on to make a mobile version. They did exactly that but had to contend with Ninja Fishing – a game which replicated the original experience but used different artwork, a new title and which was released earlier than Vlambeer’s own mobile version.

Applicability of copyright law to games

Under UK copyright law, a number of aspects of a computer game can be protected such as the artwork, the music, the moving images and the code. Whether copyright is infringed will depend on whether the taking from the original work is of a quality or quantity that can be deemed a ‘substantial part’. While it’s often said that copyright doesn’t protect ideas, there are certain circumstances in which copyright can protect against non-literal copying. It’s a complex area, legally speaking. 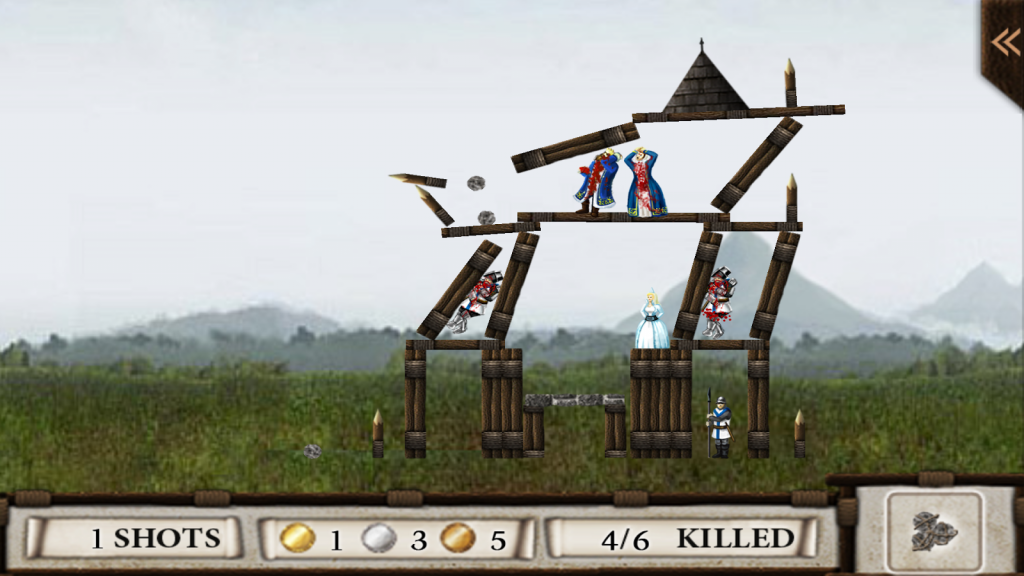 But leaving the legal position to one side for the moment, clones are also problematic on a moral and ethical level. It is easy to see why. The original may well have taken months or years of work to come up with a game of which the developers can feel proud. In the case of Threes the developers even posted vast swathes of correspondence relating to the game – upwards of forty thousand words – to give an inkling of the work they put into the process.

A clone doesn’t require anywhere near the same physical or emotional resources. At its most basic, a clone just needs a programmer capable of creating a version of the mechanics of the original and a set of new visual or audio assets. Famously, 2048 — a  game which has been described as a Threes clone — was put together over a weekend.

It can be a painful experience for the developers, leaving them demotivated and frustrated. It’s also a real concern from a business point of view. How can companies be certain to recoup investment when others are able to potentially out-market them with the same idea?

Game cloning has a lot of potential negative repercussions, then. It also rubs up against our sense of fairness, of rewarding people for their hard work and time. But in recognising that cloning is problematic, we also need to think about how we can define the core experience of playing a game.

The mechanics – the jumping, sliding, shooting – form a toolset and the interplay of that toolset is often what creates the core feel of a game. A game’s mechanics produce its rhythms, its difficulties and its quirks. Getting a strong sense of deja vu from that interplay can make it seem obvious to a player that one is ripping off another. But it’s not an easily quantifiable sensation.

Threes provides a demonstration of the difficulties here. 2048 has been called a Threes clone but it’s a curious case. Creator Gabriele Cirulli says he hadn’t heard of Threes and was actually inspired by the game 1024 which the Threes developers pinpoint as the first of the clones. Cirulli made his own code freely available via Github and thus exact clones of 2048 have now been appearing. 2048 doesn’t appear to have been set up to cash in on the success of any other games but its presence and its distribution contribute to the clone culture.

I’ve played both Threes and 2048 and they felt similar. Similar but not identical. The tiles move slightly differently and the way the numbers interact and spawn is less sophisticated. Some people find 2048 is the more enjoyable option (if they know about Threes at all), some call it a poor imitation and others think the only difference between the two is price. In these three basic assessments – better, worse and indistinguishable – one can start to see the problem in enforcing legislation when it comes to how a game plays.

The role of platform operators

There have been suggestions that distribution platforms like Apple’s App Store or Google Play need to take a stronger stance against the me-too culture. Apple does in fact state in its App Review Guidelines that “Apps that duplicate apps already in the App Store may be rejected, particularly if there are many of them”. There were also reports during the clone storm which followed Flappy Bird being pulled from sale that both Google and Apple’s platforms had begun rejecting apps with Flappy in the title.

Platforms have an interest in being able to stem that clone flow to prevent their marketplaces becoming flooded with rip-offs and same-y content. But making it the platform’s responsibility to not publish clones would require its employees to have an encyclopaedic knowledge of all the apps on the app store, and – if you’re looking at the Ridiculous Fishing situation – all the games on Flash gaming sites and beyond. Even instituted as a post-publication policy – assessing claims after the event – it wouldn’t change the fact that we have a problem working out what exactly constitutes a clone in the first place due to the aforementioned subjectivity. There is also a related discussion which revolves around whether clones are universally harmful or problematic or whether some are justified, even useful.

Switching focus to the platforms would perhaps relocate the discussion rather than aid it. Instead of courtrooms determining whether or not there has been a ‘substantial taking’, distribution platforms would be asking whether the second game is an acceptable ‘duplicate’.

The complexity of the discussions surrounding cloning culture means, unsurprisingly, that there are no easy answers. Broadly speaking, we need a system loose enough that developers can experiment with ideas and be inspired by other work, but one with enough safeguards that the works are protected from unfair exploitation. It is about what is right for creators and what is healthy for the games industry’s development.

Read here on CREATe’s research project on Games and Copyright.