By Kris23 September 2013No Comments 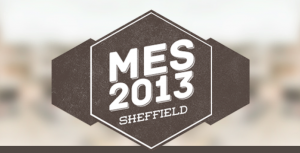 The 6th Annual Media Education Summit was held 19th and 20th September in Sheffield. As a newly-appointed research fellow with CREATe, the event provided an opportunity to observe how researchers in the media education field are engaging with IP-related questions, and to explore ways that the CREATe consortium might contribute to debates in media education.

The conference, which is organised by Bournemouth University’s Centre for Excellence in Media Practice, attracts a diverse and international range of attendees including policymakers, media teachers and media studies academics.

In his opening keynote, Professor David Buckingham set the tone for the remainder of the meeting, and staked out what he believes are the major disciplinary challenges in media education: caught in the traditional academic tussle between ‘high’ and ‘low’ culture, media studies has been subject to a “discourse of derision”. The ubiquity of digital media in everyday life is both a boon and a challenge to media educators. There should be wide political recognition that new media literacy matters; at the same time the availability of readily available digital production tools means that the vocational justification for media as an academic subject is under threat.

A response was proffered in an excellent session by Dr. Julian McDougall and Dr. John Potter, titled ‘Curating Media Learning’. Here, the authors suggested that the role of media educators might be better conceived as a “porous expertise”, which allows both formal academic knowledge and tacit everyday knowledge of media to flow across the boundary between the classroom and the sea of digital media in which students swim. This of course invites questions about the role of formal vs. informal knowledge and the political status of ‘the teacher’ and the ‘student’ at a time when those categories are under wider attack at the national scale.

A number of case studies examining the way that students might be encouraged to engage productively with media systems were presented, including innovative work on telenovelas in Colombia (M. Zezulkova) and gameful pedagogy (A. Feigenbaum).

While there was not (yet) an IP strand at the Media Education Summit, the potential for cross-disciplinary engagement is quite clear. Recurrent themes in the conference include the prevailing uncertainty about the copyright status of works used in the media classroom by teachers and students, securing legal access to audiovisual works for educational purposes, and approaching the corpus of IP regulation itself as a teaching subject within media education. Perhaps most crucial to the project of asserting the importance of media literacy in our media-saturated society, is a theoretically informed engagement with changes to production and ownership of creative works, implied by the relationship that many students are already forging with the media. Being a central pillar of the CREATe consortium’s research mandate, we ought to converse more with the media education field on this theme.