By Admin23 September 2022No Comments 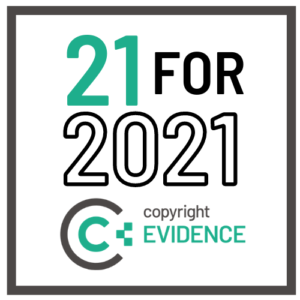 This post is part of a series of evidence summaries for the 21 for 2021 project, a CREATe project within the AHRC Creative Industries Policy and Evidence Centre (PEC). The 21 for 21 project offers a synthesis of empirical evidence catalogued on the Copyright Evidence Portal, answering 21 topical copyright questions for the 21st century. In this post, Luke McDonagh (Assistant Professor of Law, LSE) synthesises the empirical evidence relating to moral rights.

Moral rights are personal to the author and remain with the author even where the economic rights in copyright works are licensed to another party. The right to be credited as the author of the work, generally known as the attribution or paternity right, is the most well-known moral right (as well as its corollary: the right to not be falsely attributed as the author of a work).  The right of integrity is the other key moral right; and although it is not litigated frequently, disputes over integrity do occur, particularly in the context of visual art and performative art such as theatre (Griffiths, 2005; McDonagh, 2014; Iljadica, 2016).

It is striking that attachment to moral rights, particularly attribution, has remained strong in contemporary accounts of copyright law, even as scholars of intellectual property have become more open to analytical critiques of copyright’s individual-focused concept of authorship (Craig, 2011; Simone, 2019). This blog evaluates recent evidence on the moral rights of attribution and integrity.

On attribution, it is difficult to overstate the importance of the right. It is notable that flexible, alternative licensing systems – such as Creative Commons – typically require attribution. For example, the most common CC licences all require attribution even where all other rights are licensed freely. There appear to be very few situations when authors or creators do not wish to be credited for their contributions.

Research by Buccafusco, Sprigman, & Burns (2012) suggests that even in the US, where moral rights are comparatively weak when compared to e.g. European jurisdictions, attribution remains vitally important to authors – they show that creators are even willing to sacrifice some economic benefits to ensure attribution. Silbey (2014) also finds that the issue of credit is vital to creators. Katzenbach, Herweg and Van Roessel (2016) show that attribution is important to for video game designers, which can extend to requesting permission from original creators before engaging in remixing or adapting. On the other hand, Pham (2019) demonstrates that in some industries, such as stand-up comedy, where new content is expected on a regular basis, attempts to award retrospective attribution for jokes are typically ineffective.

In my work on theatre and copyright I provide empirical qualitative evidence on the way the moral right of attribution operates in the theatrical context, exploring how credit is awarded for plays and productions. I demonstrate that while it is typically the case that the standard agreements negotiated between writers and theatres specify that only the writer should get credit as author for the script (dramatic work), disputes can occur – either between two or more writers, or between writers, actors and directors (The Writers’ Guild of Great Britain, 2019). The fact that most plays go through a workshop process – where the text is either fully devised or comprehensively revised – means that several creative parties contribute to the final version of the text. Should such contributors obtain attribution? It is notable that where such disputes occur the moral right of attribution tends to be tied up with broader claims to joint authorship and ownership of the work (McDonagh 2021). Thus, in the UK the issue of credit must therefore be considered in line with the joint authorship principles espoused in Brighton v Jones [2004] and, more recently, Kogan v Martin [2019].

A modern example where both credit and ownership were shared concerns the play Blurred Lines, first staged at the National Theatre in 2014. The credits are listed as ‘created by Nick Payne and Carrie Cracknell, devised by the Company, poetry by Michaela Coel, text by Nick Payne’ with both Payne and Cracknell sharing the copyright. It is also worth noting that with regard to attribution in the theatrical context everybody tends to get some form of credit in the programme, from the writer and director to the actors and production staff. Often, when a new play is published in book form, the director and original cast of actors will be named at the beginning of the text – all the actors I interviewed found this gesture on the part of the writer to be very favourable as a means of recognition. More recently, it has become possible for the original cast of a show that went through a lengthy workshop process to make a claim for a share of performance royalties in lieu of attribution. The original cast of Hamilton obtained a percentage share of profits, via negotiation, as recognition for what they had added to the show during its genesis – but crucially, the show’s composer Lin-Manuel Miranda did not share attribution with them.

In some jurisdictions, such as the UK, the moral right to attribution can be waived (CDPA s 87). One justification for this is to allow ghost-writing, the practice where one author may write or re-write the work attributed to another. Intriguingly, ghost-writing is one of the few occasions when an author may have a strong wish to not be associated with the work they have created – they may consider the act of (re)writing another person’s story, novel or script as being akin to acting as a ‘hired hand’ – in contrast to their labouring on a piece that could be viewed as an emanation of their own personality.

Integrity and questions over use of the work loom large in certain fields of art. In ‘Against Moral Rights’ Adler (2009) asked the provocative question: do artists know what is best for their works of art? Or do later interpreters deserve the freedom to re-interpret the work as they see fit, perhaps even subverting it? This is a tantalizing question, and the evidence suggests it is not easy to answer, and scenarios may vary in different fields of art.

Nonetheless, adherence to some idea of the author’s right to integrity is commonplace. In relation to visual street art, Iljadica (2016) found qualitative evidence that even where they avoid formal legal processes, graffiti artists respect an integrity-like norm not to overwrite or damage another artist’s work. Meanwhile, Bonadio (2018) and O’Connell (2019) point out that despite the ‘outsider art’ context of graffiti and street art, artists can still choose to assert their rights in a formal legal setting. This is highlighted by the saga over the destruction of the 5Pointz ‘graffiti mecca’, which led to the case of Cohen v G&M Realty LP [EDNY 2018] decided under the US Visual Artists Rights Act. The court awarded the 21 artists whose works had been destroyed $6.75 million in damages.

More generally, qualitative evidence provided by Pappalardo, Aufderheide, Stevens, and Suzor (2017) demonstrates that the right of integrity is taken into account by follow-on creators, who often seek to make sure they do not disrespect the works they are re-using in a transformative fashion. There even may be other social positives that come out of respecting integrity: Tanaka (2018) argues that a stronger integrity right in the US could assist in preventing ‘whitewashing’ of e.g. Asian characters in Hollywood movies such as Avatar and Ghost in the Shell. Tanaka acknowledges this may also have the effect of reducing diversity in some limited circumstances (where characters initially written as white may be cast with actors other ethnic backgrounds).

As I outline in Performing Copyright: Law, Theatre and Authorship (2021), the theatre world represents an interesting setting for exploring the integrity right. Cox and Kastan (1997) remark that of all forms of art, ‘drama is least respectful of its author’s intentions’. From the author-playwright’s perspective what is protected by the law – the script of the play, encompassed as the dramatic work under UK copyright – is a performative work i.e. a work which is intended to be performed, typically by people other than the author. This is of significance because those creative participants who are involved in theatrical performance, such as directors, actors and producers, commonly seek the utmost freedom to perform the dramatic work. It almost goes without saying that this necessarily includes reimagining it, sometimes quite radically, perhaps in a way which the author-playwright might not agree with, or which they might not have anticipated. Yet, the author-playwright, who is often not the one performing the work, has the right to object to changes being made to the dramatic work, and may choose to do so if he or she fears the play’s integrity is at stake. This type of objection can be broadly described as an ‘integrity-based objection’ because the author-playwright’s primary concern is with the integrity of their work as it is proposed to be performed. In such circumstances, copyright allows the author to object if use is made of the work which amounts to a derogatory or distorted treatment. I note that the author can make an integrity-based objection by either exercising this moral right to integrity, or by asserting his or her economic rights (or both).  Regardless of which right is used to enforce the objection, it is the fact that the objection is founded upon the notion of integrity that is of primary importance.

In my book I examine integrity-based objections in the theatrical context, referring to prominent cases where author-playwrights, such as Samuel Beckett, David Williamson and Bruce Norris, have made such objections. The Beckett estate won a moral rights case in France (Godot, 1992) preventing women from playing the main roles of Waiting for Godot, but his estate lost in Italy (2004) on the basis that the actors also had rights to freedom of expression under Article 10 of the ECHR.

From a procedural perspective, even where integrity is the real issue at stake, it may make sense for the author-playwright to withdraw the economic rights rather than to make a specific moral rights claim via the courts. These economic rights bite and often provide an immediate remedy (for more on economic rights see Kretschmer, Gavaldon, Miettinen and Singh, 2019). The background to this is that when a theatre company wishes to perform a play which is protected by copyright, the theatre company will attempt to get a licence from the author-playwright, who will exercise the economic right via a representative, typically an agent such as Concord Theatricals (Samuel French). Depending on the circumstances, this licence may cover a single performance or an entire initial run of the play. As noted by Rimmer (2002) and Salter (2022) a negotiation may occur before this licence is granted in which the author-playwright, as copyright owner, may seek to restrict the making of changes to the play, such as textual edits, subtractions or additions, in advance of the envisaged performance. If such negotiations fail, withdrawing the economic rights to perform the work offers an opportunity to the playwright to block the performance. This is what happened in 2012 when Bruce Norris objected to the casting of a white actor in black makeup during a purported German performance of Clybourne Park based on the integrity concern that it would cast a pall over the production, portraying the text in an offensive light. Rather than asserting the integrity right as such, Norris simply withdrew the economic rights to perform the work, and the performance did not go ahead.

Griffiths (2005) ‘Not Such a “Timid Thing”: The United Kingdom’s Integrity Right and Freedom of Expression’ in Griffiths and Suthersanen (eds) Copyright and Free Speech, Oxford University Press