We are happy to announce a series of online seminars with our early career researchers. During the seminars researchers will have an opportunity to present their work in progress and discuss ideas for future projects with their peers and senior academics. Seminars will be held on Fridays, May through June, 10 – 11am BST. You are warmly invited to join us with your morning coffee (or tea)! 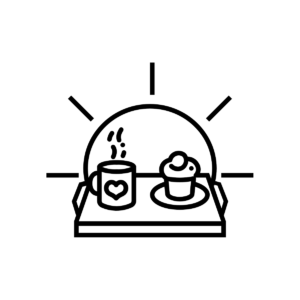 What kind of creativity do video-sharing platforms encourage? An empirical challenge

Video-sharing platforms such as YouTube, Vimeo, Tiktok have created a free space for everyone to show their videos before the whole world. Some scholars believe that user-generated video-sharing platforms significantly boost creativity in video-making. They argue that, first, these platforms sidestep traditional gatekeepers (experts such as the editors of book publishers who decide which contents are worthy to publish and spread) and lower the entry barriers for creators. Second, platforms provide creators with toolkits, knowledge, and connections with immediate audience feedback, which empowers the individual creators. These arguments support the illusion of a creative online paradise. This paper tries out a number of counter arguments, and seeks to develop an empirical strategy to test these. The paper will first explore psychological studies on creativity and economic theories of cultural goods and summarize old issues, such as creator poverty, inequality, or risk (uncertainty). It will then propose how to analyze these issues in a platform context, taking YouTube as an example.  Lastly, the paper will briefly discuss policy levers that may encourage or discourage creativity on platforms such as YouTube.

I will discuss an ongoing research project exploring the interaction between patent pledges and EU competition law. Via patent pledges, patent holders voluntarily commit to limit the enforcement of their patents. The most famous example of such pledges is the promise Tesla Motors made in 2014 to not assert its patents against whoever is interested in making use of Tesla’s patented technologies. These types of pledges have been much discussed in the US, much less in Europe. Hence, I would like to address the following questions: How would EU competition law apprehend these pledges? Can/should European competition law assist in guaranteeing the enforcement of such pledges? If so, in what manner?

What role does copyright play in journalists’ professional lives?

The tension between news organisations and digital platforms has generated a lot of discussion on copyright in the journalistic content. Journalists, the content creators, have been largely absent from this discourse. Their interests, if mentioned, are often assumed to align with those of news organisations. Is that, however, the case? Do journalists see themselves as copyright holders, separate from news organisations they work for? Or is copyright only an element of their employment relationship?

The presentation concerns an idea for a new research project addressing the role copyright plays in journalists’ professional lives. The project would look at copyright’s role from three different perspectives: regulation (how do copyright acts address journalists and their works), education (what do we teach future journalists about copyright) and perception (how relevant is copyright in journalists’ everyday practice).

This seminar will discuss the potential role of creative and cultural practice in informing the notion of ‘fairness’ in copyright law, with a focus on the challenges and opportunities related to developing sector-specific codes of best practices. In particular, the seminar will offer the opportunity to discuss the preliminary findings of two workshops with documentary filmmakers and immersive digital heritage curators conducted as part of the Horizon 2020 project reCreating Europe.

Regulating digital gatekeepers’ power and competition: the times they are a-changing?

The Proposal for a Digital Markets Act is one of several new regulations and reforms around the world. The current understanding of competition law is being challenged in the process. The proposals go beyond achieving competitive and efficient markets, incorporating limits on the exercise of relational power, ‘fairness’ in commercial relationships, or obligations to ensure the access by smaller companies to downstream markets. Economic democracy concerns are apparent: a mistrust of private economic power (at least as represented by Big Tech) permeates public opinion and academic discourse. In this seminar, Magali will reflect on this apparent shift in views on competition (law).

The indie (independent) games market is often framed in opposition to the corporate, profit-driven ethos of the mainstream video games industry. Financial independence from major developers and publishers has generally correlated with more cultural and artistic freedom to be creative. This presentation explores the ways that this oppositional character, the ‘indie spirit’, manifests in the text of video game end user licensing agreements (EULAs). Using critical discourse analysis, I find that indie EULAs differentiate themselves from the dominant discourse of proprietary copyright ownership at both a textual level, and method of distribution. This reveals a contradictory nature. On the one hand, the indie spirit is preserved by showing outward resistance to, and occasional mockery of, the EULA; on the other, indie developers nonetheless rely on that same system to protect their creations.