CREATe at the Global Congress on IP and the Public Interest, Washington 24-29 September 2018

CREATe at the Global Congress on IP and the Public Interest, Washington 24-29 September 2018 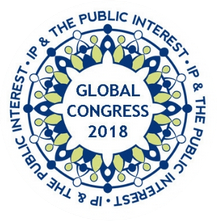 al community of academics, non-governmental organisations and policy makers for a week long assessment of the state and direction of intellectual property policy. It is the foremost setting for exploring changing policy priorities from a public interest perspective.

Within this evidence-based framework, CREATe was reflecting on our own research agenda. We presented an overview of our work over the last five years (Empirical Approaches to Copyright Research, a panel with Prof. Martin Kretschmer, Dr Thomas Margoni and Bartolomeo Meletti), demonstrated resources (such as CopyrightUser.org and the Copyright Evidence wiki), discussed new research on takedown of online content and text-and-data-mining, and contributed to policy discussions. There was considerable interest whether the controversial provisions of the proposed EU Directive on Copyright in the Digital Single Market (introducing new obligations on internet platforms) would set a global precedent. CREATe’s academic interventions relating to the Directive are seen as important and influential. 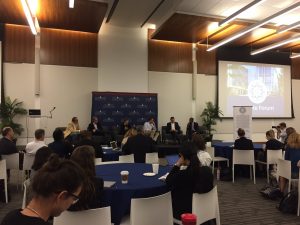 The workshop on Tuesday, September 25th on Copyright User Rights started with a presentation by Joe Karaganis (American Assembly, Columbia University) of Pol.is, an innovative survey and participatory discussion tool. The aim was to identify priorities and concerns of the members of the Global Congress community for the next few years. Participants continued to use Pol.is for the duration of the Congress, submitting their own statements and voting on those submitted by others. Interesting results can be found here.

The workshop then focussed on drafting a Treaty on Copyright Exceptions and Limitations for Educational and Research Activities (TERA). The draft Treaty, which received input and feedback from experts and advocates from all over the world, is available here for review and endorsement. The day ended with a very interesting visit to Capitol Hill hosted by Re:Create’s Josh Lamel and featuring presentations by Senate staff, followed by a rooftop networking reception overlooking the White House hosted by members of the Digital Futures Coalition.

Wednesday 26th was dedicated to User Rights in Domestic Copyright Reform. During the session ‘Demonstrating Fair Use — Using Media to Make the Case’, Bartolomeo Meletti showed two Copyright User resources that demonstrate the value of exceptions in different ways. The first one – The Game is On! – illustrates and explains how creators can benefit from various exceptions as well as from the idea-expression dichotomy and the public domain to reuse existing works without permission. The second one – Copying & Creativity – makes the case for understanding copying as a positive phenomenon in helping us learn and innovate, develop and engage with others. The session also featured short films by South African filmmakers Ben Cashdan and Rehad Desai, who are working on a documentary film exploring the importance of introducing fair use in South African copyright law (currently being reformed); and a presentation by Claudy Op den Kamp on the activities around UK fair dealing she is planning to conduct with her film students at Bournemouth University. The presentations were followed by an interesting discussion on how these resources could be used to facilitate the definition by creative and cultural sectors of ambiguous but enabling legal concepts such as quotation. 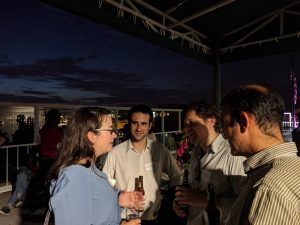 Saturday 29th was the day of the global launch of The Game is On! series, including the world premiere of the last two episodes: The Adventure of the Unreliable Narrator and The Adventure of the Photographer’s Stratagem. Prof. Ronan Deazley introduced the screening by telling the story of how the idea for The Game is On! originated in the ‘Public Domain Train’, which in April 2014 took the co-authors of the series from Bournemouth (where they participated in the annual CIPPM conference Digitization, Public Domain & Informational Monopolies) to London (to attend the launch of the CREATe study on Unlawful File Sharing at the Stationers’ Hall). After the screening, Prof. Peter Jaszi (American University) applauded the resource as ‘magnificent’ and the first ever copyright education initiative that adopts audiovisual language (as opposed to trying to translate text into video, as other previous initiatives). Together with the last two episodes, the annotated scripts of the series were also published on CopyrightUser.org and can be found below each episode.

CREATe also offered a display table with screens, demonstrations and materials. We interacted and exchanged contacts with various international organisations, including Wikimedia, the Authors’ Alliance, Communia, the US Library of Congress, and many others. As always, CopyrightUser.org’s myth-reality cards attract attention.