For the Research Blog Series, Lilian Edwards writes on the research exploring how ownership and control of cultural assets produced by users on social media sites are regulated by copyright and contract law. 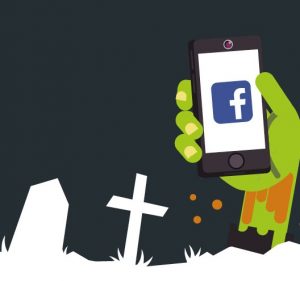 What did your research aim to do?
We aimed to examine how ownership and control of cultural assets produced by users on social media sites – text, photos, videos etc – are regulated by copyright and contract law. We also looked at two other key sites where cultural or copyright assets are produced by users: email platforms and online gaming sites. We chose to do this by focusing on what happens to these assets on the death of the user as this is becoming a difficult social problem, invoking clashes between contract and succession law, and between heirs and friends. Ownership in particular is transferred on death so it is a valuable cusp point to study.

How did you do it?
Edina Harbinja was awarded a PhD studentship to work on these issues under the supervision of Lilian Edwards who had worked in this area since 2009. Her PhD was completed in early 2017. A considerable number of papers, articles and chapters have been given and published. We also prepared a “one stop” shop website (“Memento Mori”) which is aimed at giving ordinary users somewhere they can look to see what the terms of service relating to transmission on death are on various sites. We picked the biggest sites (Facebook, Twitter, eBay etc) but the scope could be expanded.

What are your key findings?
We found:

What impact has your work had so far/what impact do you anticipate it will have?
This project has had considerable impact. Harbinja helped take part in drafting the US Model law on access of administrators to online digital assets which has been adopted by many US states. She is now helping a French colleague review the new French law in this area. We have both spoken in many venues to industry, academics, practicing lawyers  and other groups such as death and bereavement societies. We are planning to submit evidence to the English Law Commission which issued a call for such in July 2017. Edina’s PhD will soon become a monograph commissioned by EUP which should become the standard text in Europe influencing the next generation of practitioners as well as policymakers and students.

Challenges encountered/Lessons learned
The main challenge has been to obtain data on the uptake of the new legacy tools on Facebook and Google. These are not included in their current transparency reports.

Are there additional/new research questions still to be answered in this area?
Yes. Empirical research is badly needed on public attitudes to these issues; especially how and if users are making use of the new legacy tools; and if practising lawyers are encountering problems in daily practice and if so, how there are resolving them. Edina and I have applied for funding from the ICO to initiate this research.

This research also interacts with very many questions re the transition from owning culture to leasing it (online music , films etc); the lack of a coherent theory of ownership of data; and the difference in culture between digital natives and the older generations. We hope to explore some of these.

How has your association with CREATe helped to take things forward?
It helped considerably as a calling card for obtaining access to staff at Google, Facebook etc .