Research Blog Series: Potential Legal Responses to Threats to the Production of News in a Digital Environment

Research Blog Series: Potential Legal Responses to Threats to the Production of News in a Digital Environment

By Admin7 March 2018No Comments

Richard Danbury sets out findings from research evaluating the legal options to address the threats to the business models of commercial news production, for the Research Blog Series. 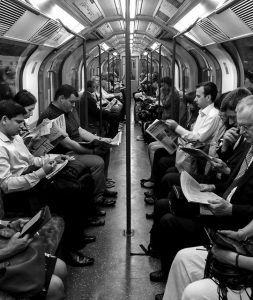 Project: Appraising Potential Legal Responses to Threats to the Production of News in a Digital Environment

What did your research aim to do?
The business models of commercial news production have been seriously undermined by various mechanisms, not least digitisation and the development of the Internet. Copyright has been repeatedly suggested as being a potential solution for news organisations in many different countries. Indeed, while the research was on-going, the EU Commission proposed exactly this: an amendment to European Copyright law designed to benefit news publishers.  This is found in article 11 of the proposed Directive on Copyright in the Digital Single Market (2016/0280 (COD)).

Many stakeholders have thought each of these suggestions a bad idea. The proposed EU law was no different. The research sought to evaluate the merits of the competing arguments.

How did you do it?
The research combined doctrinal analysis, an evaluation of prior legal interventions, workshops, semi-structured interviews and a conference. Four working papers were produced, and a website constructed to display the main findings. It can be found here: https://www.cipil.law.cam.ac.uk/projects/copyright-and-news-project-2014-16

What are your key findings?
While the team, in general, recognised the difficulties faced by commercial news producers, and understood why copyright was being considered as a possible way of resolving some of these problems, the proposed changes to copyright law were not considered to be a good idea. This was for reasons of policy, not least the difficulties that would be encountered policing the idea/expression dichotomy in the proposed amendment of copyright law , and for reasons of journalistic practice.

What impact has your work had so far/what impact do you anticipate it will have?
The research team submitted a report to the European Commission as part of the Commission’s Consultation process. Andrus Asip,Vice-President of the Commission responded, describing the project’s contribution as ‘really appreciated and useful’.

As well as feeding into the Commission’s consultation process, the project team engaged with a wide variety of stakeholders – from industry, from business, from academia, and from various legislatures  – both in Europe and the US. We directly engaged with the debates about proposed amendment to copyright law and a national, regional and international level.  The proposed amendment to European Copyright law is still being considered, and so it is too early to evaluate the full impact of our work.

Challenges encountered/Lessons learned
One of the difficulties encountered was identifying, contacting and securing interviews with the people responsible in news organisations for making business decisions related to copyright. This is because this is a commercially sensitive area. That said, a network of relevant people who were willing to discuss this issue was established, and conversations facilitated between those with different perspectives.

Another difficulty was engaging fully with the extensive literature that exists on this area in a variety of different disciplines – not least economics, political theory, communication studies, as well as law.  To make a contribution to the contemporary debate on copyright and news, a significant amount of this material had to be mastered. Given the constraints of time and money of the project, this entailed curtailing some other lines of investigation that could have been undertaken.

Are there additional/new research questions still to be answered in this area?
Mapping out the appropriate relationship between news and copyright in a digital realm will only get more important, rather than less, and the tensions between platforms, publishers, creators, aggregators remains acute. Our research showed that copyright was being considered in many countries in Europe and beyond as a part of this relationship. Consequently, the research will continue to be relevant.

Other areas of investigation raised by the research project included the exact nature of the quotation exemption in the Berne Convention. Professor Bently continues to investigate this issue, combining historical-doctrinal and normative methods: his work will continue to be relevant to the issue of whether any change in Europe’s copyright laws is compliant with international copyright law.

One unresolved issue is the extent to which an answer to the problems of news publishers, and what they term the ‘value gap’ that exists for them, which they say has been exploited by the internet platforms, can be found in competition law.

How has your association with CREATe helped to take things forward?
It was enormously beneficial to be a part of a network of others researching other aspects of the development of copyright, both in terms of the intellectual resources, and the networking opportunities.

To find out more, see the project page which includes the working papers: https://www.cipil.law.cam.ac.uk/projects/copyright-and-news-project-2014-16