By Admin21 February 2018No Comments

For the Research Blog Series, John Street presents work from the University of East Anglia exploring the EU’s attempt to reform the operation of music collecting societies. 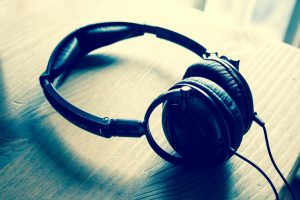 Our project examined the role and regulation of the music collecting societies (or Collective Management Organisations [CMOs]), and the issues raised and resolved by the EU’s attempt to create a Digital Single Market (DSM) and a home for the newly emerging streaming services (Spotify, Apple Music, Tidal, Deezer etc.).

The CMO is a key actor in the digitalised music industry, in that it is responsible for collecting and distributing the royalties that allow writers/composers to make money from their creative efforts. The CMOs have typically operated within national borders, subject to the copyright laws and regulations of their territory. But the DSM and streaming services seek to escape the ties and constraints of national borders. The problem is, therefore, how to enable CMOs to operate effectively within this environment, serving the interests of their members (rewarding and supporting creative effort) and the consumers (providing access to diverse content).

Despite its centrality to the new digital order, the CMO has received less attention than it warrants. Our research was designed to make up this deficit in three respects. First, it aimed to provide a detailed comparative analysis of the CMO in Europe, examining its regulatory framework, constitution and policy priorities. Second, in drawing attention to the differences between CMOs, we sought to show how cultural innovation and diversity might be affected by the institutional design and practice of the CMO. Third, we considered how the EU’s planned reform of the CMO in pursuit of its DSM strategy might affect innovation and diversity in Europe’s music culture.

The research was conducted by close examination of the documentation published by a small sample of European CMOs. We concentrated on Spain, France, Germany, Sweden and the UK (in a subsequent small project [see below], with a different research team, we studied the example of the CMO in China). The CMOs were compared across a range of dimensions, and particular attention was paid to the values and priorities represented in them. We were concerned to see who was allowed to join, what influence they were granted, and how their interests were identified and promoted. We then examined the initiatives that the EU has taken to enable the CMO to operate within the DSM. For this, we employed established policy analysis tools (ie process tracing) and analysed that policy by way of ‘historical institutionalism’ (the idea that past policy strategies informs current ones).

Our findings revealed considerable diversity in the structures and priorities of CMOs, resulting in different priorities and principles operating to protect and promote the interests of musicians. We also found that, in reforming the operation of CMOs, the EU resorted to its default position (as predicted by historical institutionalism) to introduce greater competition between CMOs.

In our published outputs, and in presentations of our work to academics and practitioners, we argue that the EU’s attempt to reform the operation of the CMOs may lead to a lessening of diversity and innovation in the music sector, and to a shoring up of the dominance of the more powerful players.

To find out more, the published outputs for the project are: