By Admin12 February 2018No Comments

Kicking off the theme of Regulation and Enforcement for our Research Blog Series, Lilian Edwards presents her research on two projects assessing the changing role and responsibility of online intermediaries in controlling access to copyright-infringing content 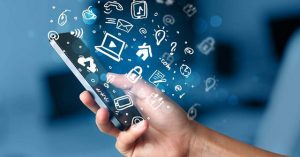 What did your research aim to do?
It aimed to assess the changing role and responsibility of online intermediaries in controlling access to infringing of copyright content, especially “pirated” music and AV content. It also situated this against the general background of  intermediary liability for other types of content including libel, pornography and terror material. In particular it looked to discuss what the impact would be of the rise in use of UK web blocking orders for copyright infringing sites after Newzbin2.

How did you do it?
Desk research tracking general legal developments, with a focus on web blocking orders where close textual analysis was applied. Several talks were given both in UK and abroad (Delhi, Stanford). An early attempt was made (with Jondet) to do empirical analysis into how prices for online copyright content varied in different jurisdictions, with a view to trying to correlate this to patterns of infringement but this failed due to lack of access to data.

What are your key findings?
Web blocking orders have become the legal tool of choice of the media/content companies for taking back control against widespread infringement in the “war on piracy”. They are largely replacing the graduated responses which were pushed by the industry during the mid 2010s in Western countries; these have vanished from the UK (non implementation of the Digital Economy Act); been scaled down in France; and largely disappeared even as a voluntary “six strikes” scheme in the US.

The efficiency of web blocking orders as a tool to defeat piracy is arguable, despite the support it has received from UK courts. First, data on the impact on actual financial returns to artists, and to publishers, is largely in the hands of the industry and not publicly available to researchers for scrutiny. Thus the effectiveness is publicly assessed only via effect on amount of traffic to blocked sites and decline in uptake of P2P filesharing. This has convinced the courts blocking orders “work” but it does not take into account possible alternative narratives that (i) infringers continue to infringe using alternate sites (often download rather than torrent based)or alternate avoidance measures such as use of VPNs and (ii) that decline in piracy overall may be linked to increasing access to lawful sharing and streaming (Spotify, YouTube et al) rather than to blocking of access to torrent sites. Meanwhile no real proportional analysis is being made of the harmful collateral effects of CDPA blocking orders eg impact on legal speech, scope drift to other areas of content without proper debate.

The new business model of “free” access to music and video on intermediary sites like YouTube, in return for revenue-generating adverts, has become the new bete noire of the content industry, rather than the old enemy of “amateur” P2P sites. These sites are lawful under both US and EU law but remove a large share of profits to the intermediary site from the publishers, who see themselves as having been coerced into revenue-sharing, facilitated by Google’s Content ID,  as a norm. As a result we are seeing a new legal background emerge in the draft EU Copyright Directive around (a) a “publishers tax” on hosts like  Google, and (b) imposition of burdensome “copyright ID” technological checks on intermediary hosts. This battleground remains unpredictable.

In all these battles, the fight is largely between content industry and intermediaries; artists are collateral damage. There is anecdotal evidence that despite possibly decreasing infringement, artists’ revenues are diminishing in a streaming rather than selling or downloading economy; and this will not be improved by a publishers tax; instead they may find the process of rights clearance is further complicated when they try to reuse their work. More input from artists and users into legislative process is needed.

What impact has your work had so far/what impact do you anticipate it will have?
The research has been delivered in publications and in talks in significant venues (London, Stanford, Delhi). Ongoing discussions were had with Catherine Stihler MEP, chair of one of the lead EU Parliament committee in the Draft Copyright Directive Process. Edwards and Kretschmer along with others signed or co-drafted a number of open letters on these points to the EU Commission and Parliament etc. McAuley of Nottingham University, a CREATe PI also served as special adviser to the UK Inquiry into Platforms and Intermediaries and introduced a number of these points into their report.

Challenges encountered/Lessons learned
The main challenge in this area is the combative environment between the content industry and researchers, platforms and civil society. This makes empirical research extremely difficult as data is mainly controlled tightly by the music industry especially. It also means that findings are likely to be attacked as part of campaigning strategy.

Are there additional/new research questions still to be answered in this area?
Indeed. They might include:

How has your association with CREATe helped to take things forward?
The brand has recognition which opened doors to be heard and taken seriously, eg in the EU Parliament.

For more information see articles by the investigators:

Also the open letter from CREATe and other EU research Centres re Draft Copyright package: http://bit.ly/2loFISF, and the CREATe Debate on the publishers right resource page where you can access the Hoppner Working Paper 2017/08 (April 2017): EU copyright reform: the case for a related right for press publishers (downloadable from above URL).