CREATe contributes to the British Art Network Conference: Artists as Reformers in Britain

CREATe contributes to the British Art Network Conference: Artists as Reformers in Britain

By Elena Cooper21 November 2017No Comments 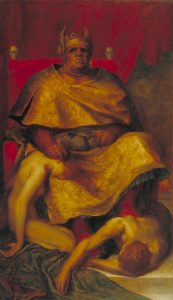 On 30 October 2017, Dr Elena Cooper presented a paper at a British Art Network conference organised by the Tate: ‘Artists as Reformers in Britain 1850-1914’ held at the Watts Gallery, Surrey. The conference explored how British artists projected their aesthetic authority into social and political fields in the nineteenth and early twentieth centuries, and included contributions from art historians, researchers and art curators on diverse subjects such as the relation between art and the women’s suffrage movement and the social activism of the painter G.F. Watts (1817-1904).

Dr Cooper’s paper uncovered the intense involvement of British painters in the legislative reform of copyright from the 1850s to the codification of copyright in 1911, drawing on the extensive original archival work underpinning her forthcoming book (Art and Modern Copyright: The Contested Image, CUP).

Far from just a means of securing their own economic interests, Dr Cooper argued that copyright reform was also an opportunity for British painters to assert their authority over broader cultural questions, particularly the designation of artistic status. As a result, copyright reform became imbued with cultural politics, bound up with debate about the cultural authority of institutions like the Royal Academy of Arts to decide on questions of artistic status more generally. Further, referring to her ongoing Leverhulme funded project (on criminalisation and the history of IP), Dr Cooper explained how, in also spanning gaps left by the criminal law, nineteenth century copyright reform involved painters engaging with broader interests raised by art market fraud more generally including the public interest in safeguarding the economic value of physical art objects.

The full programme for the event can be seen here: