By Admin20 November 2017No Comments

Tom Phillips shares his research into the value of the British video games industry – in cultural, political, and economic terms, as part of the Research Blog Series. 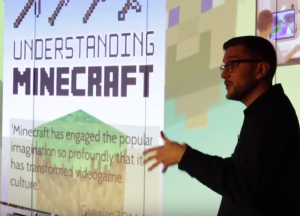 Through a review of existing academic literature, policy documents, and comment from the games industry, this research explored how the value of the British video games industry – in cultural, political, and economic terms – was articulated by stakeholders in the wake of new tax relief initiatives being introduced.

After a number of years of lobbying from stakeholders, games tax relief was launched in 2014 following similarly successful schemes in the UK for other creative industries. Stakeholders including MPs, trade bodies, and games developers highlighted the need for tax relief, stating that it would create jobs, aid skills development, boost the economy, make Britain competitive on an international level, and forge a new level of British culturally specific game content. The idea of celebrating Britishness was very firmly and repeatedly articulated.

In order to be granted tax relief, applicants need to be able to pass a ‘British cultural test’, broadly set out across four different criteria: cultural content, cultural contribution, where the games are made, and who made them, with the idea being that the more ‘British’ a criterion the more points are scored. Yet my research argues there are issues with this process: Firstly, there’s no sense that a game has to contribute in every criterion. It can pick and choose how it seeks to self-identify as ‘British’. Secondly, evaluation – which is conducted by the BFI – is a subjective process. There are currently no guidelines published to suggest what may constitute a demonstration of ‘British creativity, heritage, or diversity’.

Despite its dominance of games tax relief discourse, cultural value – the engagement and impact of the arts and the culture – is not necessarily prioritised. Instead, the economic potential of games is valued more: policy makers, politicians, and trade bodies are concerned with economic and political value, but those who actually make the games are interested in storytelling, cultural heritage, and innovative content. There is a sense that Britishness in games – whatever that may be – is something which is desired. But there’s a sense that that isn’t enough. The value of British culture in a creative product is not enough to promote the backing of the government, of investors, or to have a scheme like games tax relief come to pass – the economic context will always be just as important.