By Kerry Patterson10 November 2017No Comments

Gillian Doyle discusses her research on strategies for global television distribution in a multi-platform environment, for our Research Blog Series. 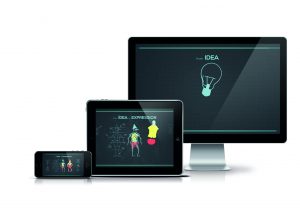 What did your research aim to do?
The internet and digital convergence have engendered greater competition amongst television outlets and increased risks of piracy. However, they have also extended and enriched the availability of delivery platforms for television content and introduced new opportunities for intellectual property (IP) owners to develop overseas markets and to exploit their assets more effectively. This 18-month project investigated how distribution strategies in the television industry are adjusting to the spread of digital platforms and devices. How is the transition to a digital multi-platform distribution environment affecting ‘windowing’ strategies for television content?

The central concern was to find out how strategies for distribution of television content via a series of exploitation windows are being re-shaped by the current transition to a more complex, multi-layered, competitive and globalized digital distribution environment.

How did you do it?
A programme of fieldwork involving interviews with senior executives at a number of leading, London-based international television production and distribution companies was carried out in 2015.

What are your key findings?
Findings show how the rise of digital platforms and outlets whose footprints are diffuse and boundaries are porous is disrupting traditional windowing models. This has necessitated new thinking about how best to organise the sequential roll out of content so as to build audience demand, avoid overlaps and maximise returns.

What impact has your work had so far/what impact do you anticipate it will have?
Project findings have been widely disseminated via published articles, conference contributions, and via a dedicated workshop for industry and policy-makers held in Glasgow in Spring 2016. The findings suggest that changes in the dynamics of television distribution have altered not just processes for exploiting the value in IPRs but also content and content production, with implications for audiences as well as industry.

How has your association with CREATe helped to take things forward?
Opportunities to engage and exchange insights with researchers from across the ‘family’ of CREATe participants, all of whom share an interest in how business strategies and models for exploiting IPRs in media content are adjusting to digitisation, proved invaluable in opening up a range of questions pertinent to this project that happen to lie at the intersection point between disciplines including economics, management, cultural studies and law.

To find out more: