By Admin11 October 2017No Comments 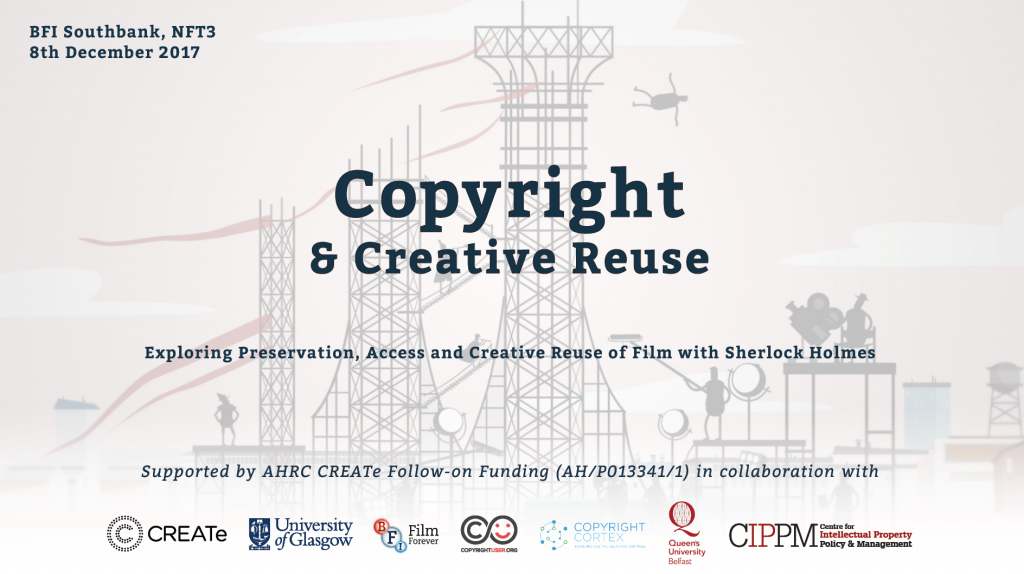 The event explored the role of copyright in relation to creativity, film archives, and education, with focus on creative reuse. The common theme to tie these topics together is the creative reuse of the character of Sherlock Holmes. As outlined below, the evolving journey of the notorious detective from Sir Arthur Conan Doyle’s stories illustrated by Sidney Paget to its most recent adaptations – passing through William Gillette, Basil Rathbone and others – provides a compelling story to explore the role of copyright in relation to creativity, archives, and education.

William Gillette’s 1916 film adaptation of Sherlock Holmes is considered a key to understanding the cinematic representation of Sherlock Holmes. Long presumed lost since its first release, the film was discovered in October 2014 at the Cinémathèque Française film archive in Paris, and restored. In 1899, William Gillette – seeking Conan Doyle’s collaboration and endorsement of his play Sherlock Holmes, A Drama in Four Acts – famously asked the writer ‘May I marry Sherlock Holmes?’; and Conan Doyle replied: ‘You can marry him, or murder him or do what you like with him’. The character of Sherlock Holmes also features in Copyright User education resources focussing on creative reuse: The Game is On! and Copyright Bites. The event will bring together copyright law experts, film archivists and custodians, filmmakers and other creators. The event will provide the platform for a constructive dialogue between the people who preserve and provide access to existing films, and those who wish to reuse films in the creation of new work.