By Kerry Patterson11 May 2017No Comments

Press publishers, Internet platforms
and Text-and-data-mining. Martin Kretschmer reports on the progress of the EU’s contested copyright reforms in the European Parliament and Council.

Over the last months, many observers have tried to follow the progress of the EU copyright reform package that is now bogged down by close to 1,000 amendments from Members of the European Parliament to the proposed Copyright in the Digital Market Directive (COM(2016)593).

This post tries to shed some light on what is going on behind the scene. (CREATe’s earlier contributions to the debate can be found here.) 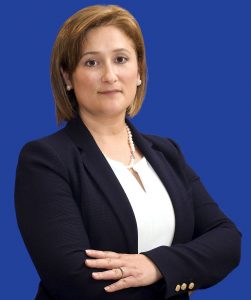 At a recent visit to Brussels I spoke at a lunch briefing for the copyright working group of the European Council organised by the European Alliance for Research Excellence (EARE) and had meetings with MEPs, including with rapporteurs and shadow rapporteurs of committees dealing with the Copyright in the Digital Market Directive (the most controversial of the Commission’s proposals). I also attended the Meeting of the Legal Affairs Committee JURI on 23 March, the lead committee on the Directive, considering the draft report of Rapporteur Therese Comodini Cachia (a Maltese MEP from the centre right European People’s Party EPP, the dominant group in the European Parliament).

In the complicated process of European law making (the “ordinary procedure”), the Commission proposes legislation, the Parliament amends and then the Council approves (although the Council can also adopt its own text, and send it back to Parliament; and the Commission can change its proposal at any time). In practice, the development of Parliament’s position runs in parallel to negotiations with the Commission and Council.  Proposed legislation is a constantly moving target.

The interface between the three EU bodies is the most intriguing, and least transparent aspect of this process.

In the European Parliament, the proposed Copyright in the Digital Market Directive (adopted by the Commission on 14 September 2016) is at the Committee stage. Draft reports with amendments have been tabled in four Committees: Culture and Education CULT, Internal Market IMCO, Industry, Research and Energy ITRE, Legal Affairs JURI, with a fifth committee LIBE (Civil Liberties, Justice and Home Affairs) still becoming involved with an opinion scheduled for end of May. It has been said that MEPs already have submitted close to 1000 amendments. The sheer weight of translating these amendments may lead to further delay, with an “exchange of views” in the JURI Committee on 29/30 May the next important opportunity to test the political mood.

My understanding is that following the completion of the Committee process, a so-called “compromise” text drafted by the JURI rapporteur might be ready to be voted on during this parliamentary session (ending in the second week of July). [Note 17 May 2017: Julia Reda MEP has an updated timetable on her website. JURI vote on the compromise amendments is now scheduled for 28 September.] This coincides with the current Maltese presidency of the European Council handing over to Estonia for the next six months period from 1 July to 31 December 2017 (pre Brexit, it would have been the UK). 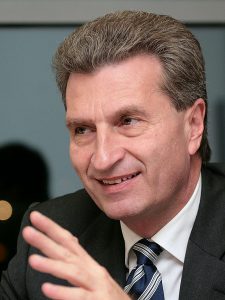 The Maltese Presidency in its programme had committed to “take forward discussions on the copyright reform” (see p.28 here) but the Council (in practice, the Intellectual Property Attachés representing each Member State) have only just begun the process with a discussion of the proposed new exception for text and data mining (Article 3) [Note 17 May 2017: the Council working party has now started to discuss Arts. 10-17]. I understand that most Member States have yet to communicate any positions on the most controversial aspects of the Directive, the proposed introduction of an new exclusive right for press publishers (Article 11), and changes to the liability regime for platforms hosting user generated content (Article 13).

Informally, certain Member States (Sweden, Baltic and Eastern European countries, UK) are not that keen on the new publishers rights (Art. 11), but many want something to be done about the money YouTube (i.e. Google) pays to the content industry (Art. 13), with France having a pretty entrenched position (discussed in Eleonora Rosati’s CREATe working paper here). It is very unlikely that the Council will arrive at a common position on the Directive by the end of June. 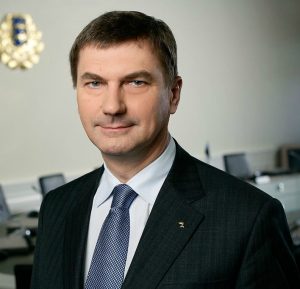 Meanwhile, there have been crucial changes in the Commission. Günther Oettinger, the German Commissioner behind Arts. 11 and 13  (and a compatriot from my home state Baden-Württemberg) has been moved to become Commissioner of Budget and Human Resources (as of 1 January 2017). Andrus Ansip, the liberal former Estonian Prime Minister (and Vice-President for the Digital Single Market) is now overseeing the copyright portfolio directly, and his team stands for a more progressive copyright agenda. Ansip’s position though has not been consistent, advocating cross border access and the integrity of the e-Commerce Directive on the one hand while holding the Oettinger line on Arts. 11 and 13 in a recent exchange of views in the Internal Market Committee (see video here). 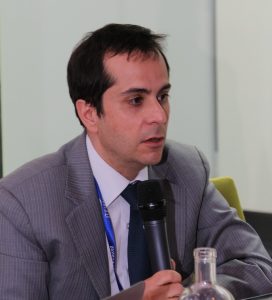 It may be no coincidence that the Copyright Unit in DG CNECT (Digital Economy and Society) which “holds the pen” in drafting the Directive also has had a change of leadership. Maria Martin Prat who was Head of the Copyright Unit since 2011 has been appointed in February as Director for Services and Investment, Intellectual Property and Public Procurement in DG TRADE. Marco Giorello (who played a part in the Orphan Works Directive and in the progress of the Marrakesh Treaty for the visually impaired) is currently Acting Head of the Copyright Unit.

In the Internal Market Committee (IMCO, with joint responsibility for Art. 13, only advisory on the rest of the Directive), the draft report by rapporteur Catherine Stihler (S&D Group, Scottish Labour) was discussed on Monday March 13th. Her report takes note of the consensus expressed in an open letter by European research institutes on February 24th. Art. 11, the misconceived new right for press publishers, is deleted. Regarding Art. 13, the reference to content ID has been removed as well as language that may undermine the E-Commerce Directive. On Art. 3 (text and data mining) the restrictions relating to beneficiary and purpose (“research organisations” “for the purposes of scientific research”) have been removed.

There was support in IMCO for Stihler’s sensible positions from the Liberals (ALDE), Greens and the Conservatives and Reformists Group, led here by the British Tories. Only the EPP shadow rapporteur wanted the publishers right restored. However, from the amendments submitted, it becomes clear that Ms Stihler also faces resistance from within her own party, as S&D MEPs Marc Tarabella, Virginie Rozière, Hugues Bayet proposed to extend the retroactive protection of Article 11 to 70 years (see AM 442).

Ms Comodini (EPP Malta), rapporteur for JURI, the lead committee, presented her draft report on Wednesday March 22nd. Again, this is a very sensible report, a great improvement on the Commission’s proposals. The treatment of Art. 11 follows the academics’ suggestion to focus on giving press publishers standing to sue rather than a new right (see here and here). The amendments to Art. 13 seek to safeguard the E-Commerce directive. The text and data mining exception under Art. 3 is amended to be available to any person who has lawful access.

The JURI meeting on March 22nd was quite an irregular session. I have participated in quite a few committee meetings in the European Parliament but this one was particularly strange. After Comodini’s report, rather than having the response from the shadow rapporteurs of the major groups (Social Democrats S&D, Liberals ALDE, Greens, Conservatives), the chair gave the floor early to two other EPP MEPs (the same party as the rapporteur) and later a French socialist who all appear to have been briefed by the press publishers’ lobbyists. The meeting also had been rescheduled to a different time at very short notice, and the new schedule was not online until the meeting had started.

During the JURI meeting, there was also a formal Hearing on the new mandatory exceptions in the Directive. Among others, Prof. Alain Strowel (UCLouvain) spoke, advocating broadly the position of the European Copyright Society with respect to the exception for text and data mining: Analysing the informational content of copyright works should not be considered a copyright relevant use.

In Articles 14, 15 and 16, the Proposed Directive uses weak language that seeks to improve the contractual position of authors and performers. Vague obligations on Member States to improve transparency about modes of exploitation and revenues, and to enable additional remuneration for best selling works or performances are unlikely to be effective. The amendments proposed by the rapporteurs have not been able to make much progress here. A more effective approach would focus on the reversion of rights to the creator after specific periods. The United States under the 1976 Act provides for a process for the termination of transfers of copyright after 35 years, a clause that is currently being tested in the Courts in a series of cases (for examples see here and here).

Regarding the freedom of users to engage, there are proposals from the CULT committee to consider exceptions for remix (“user-generated content may comprise extracts of copyright-protected works in a way that is not harmful for the rightholders”) and the so-called Freedom of Panorama (“non-commercial digital reproduction and use of works, such as works of architecture or sculpture, made to be located permanently in public places”). You may recall that the Panorama exception was the source of heated debate during the adoption of the Reda report in 2015.

Competent analysis and links to all committee draft reports can be found here (whether you agree or not):

The Publishers’ position can be found under various identities, including:
https://www.publishersright.eu/
http://www.empower-democracy.eu/

It is difficult to predict how the politics of EU copyright reform will work out. There is a tremendous amount of noise and misinformation, such as dressing “fake news” as a copyright issue (which can only be characterised as cynical). Judging from my conversations in Brussels, the tide has started to turn in the European Parliament but clearly, policy makers find it hard to access independent evidence. The copyright stakes are high enough for parties to invest in disproportionate lobbying. For academics, exposure to this dynamic is uncomfortable and perhaps risky but we’ll continue to communicate independent research as clearly as we can.

The EU should be held to what Commission President Juncker set out his Mission Letter to Günther Oettinger on his appointment as Commissioner for Digital Economy and Society on 1 November 2014. True copyright reform should focus on the creative potential of European citizens and industry.

In Juncker’s words –“Copyright rules should be modernised, during the first part of this mandate, in the light of the digital revolution, new consumer behaviour and Europe’s cultural diversity.”

It is still (just about) possible to arrive at a copyright reform that allows us to keep faith in the European Union’s ability for policy making (much needed in Brexit times).

For a hard look at the forces that are changing the shape of the digital creative industries, join CREATe’s new Copyright and Innovation network, launching on 26 May at the Digital Catapult in London: https://www.create.ac.uk/cin-launch/

This post also has been published on the IPKat blog.
All photographs from Wikimedia Commons.