By Kerry Patterson13 March 2017No Comments

CREATe PhD candidate Andrea Wallace has reached the final 30 of the prestigious Rijksstudio Award 2017 , organised by the Rijksmuseum. 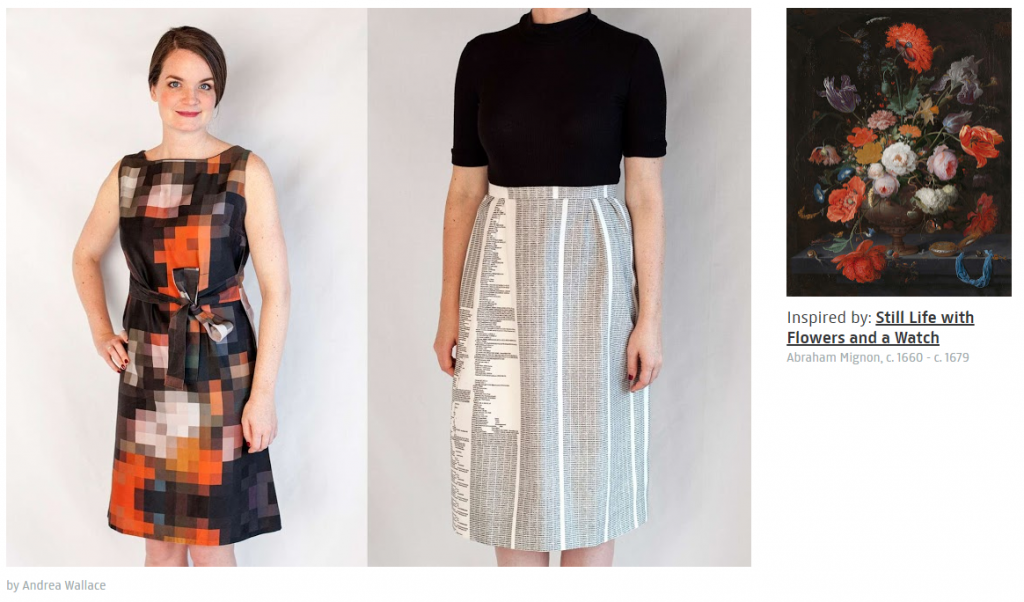 Andrea’s entry is inspired by Abraham Mignon’s painting Still Life with Flowers and a Watch. A pixellated image of the painting was digitally printed onto fabric from which she sewed a dress. An accompanying skirt is printed with the metadata embedded within the digital image.

From an initial 2,600 entries, the selection was narrowed to 30 and the Top 10 will be announced at the end of March: all entries can be seen here. On 21 April an international jury will announce the winners in a presentation ceremony. The first prize is 10,000 euro, the second 2,500 euro, and the third 1,500 euro. In addition, a people’s choice award of 1,000 euro is up for grabs. The finalists’ projects will be exhibited in one of the museum’s galleries for ten weeks following the reveal on 21 April 2017.

You can see – and vote for – Andrea’s entry here.