Competition v public service? The hidden logic of TV policy in the UK

Competition v public service? The hidden logic of TV policy in the UK 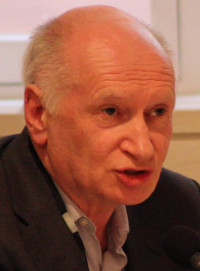 CREATe Industry Fellow Richard Paterson, Head of Research and Scholarship at the BFI

In his analysis, Richard Paterson revisits the history of broadcasting policy formation. Returning to the 1950s when the first rationales for competition were fully enunciated, he shows how by degrees such ideas have moved from the margins to occupy centre stage in shaping the TV market-place. Paterson’s account – which involves a painstaking reconstruction of the key steps on the road to where we are now – should give us all pause. While he thinks that the UK’s original vertically integrated duopolistic system demonstrated considerable strengths in global competition, he is not nostalgic about this, recognising that the structures were of their time and place and that a new framework needed to be invented. But he does not think that in this regard policy makers have been up to the task of looking after the national interest.

Paterson reminds us of the various kinds of industry lobbying that have occurred for decades (not least by ‘independent’ producers and major corporations) and astutely analyses a long-term policy failure in assessing the risks of a particular kind of competition agenda, not least in ignoring lessons from the USA just as they became apposite. Unusually in present debate, Richard Paterson demonstrates the value of taking the long view in understanding how ideas and perspectives become embedded and taken for granted – and somehow, it now seems, beyond criticism.

Paterson’s Working Paper is a provocation to us all to think afresh. He argues that our present TV landscape shares a great deal with the British film industry, not least because it is heavily dependent on US players and its genuinely independent actors are small and weak. A key consequence, he fears, is that the present obsession with inward investment as the ostensible solution to competition will so skew the rationales for indigenous production that UK-focused drama production will be less and less concerned with its British public and more and more defined by international deal-making.

This Working Paper sets the scene for Richard Paterson’s next one, when he will provide a detailed analysis of the industrial structure of television.