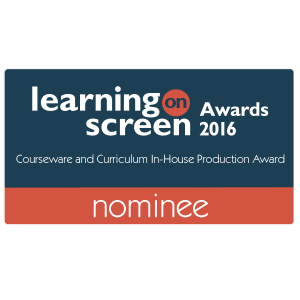 The Girl with the Light Blue Hair once again finds herself in the spotlight. Many of our readers will be familiar with the short animated film: it offers a new take on the Sherlock and Watson characters as they puzzle over a case of appropriation of copyright material by the enigmatic eponymous street artist. Our readers may not be aware that the film is part of an educational initiative called The Game is On!, where learners can explore the intricacies of copyright law through a series of engaging case files.

The Adventure of the Girl with the Light Blue Hair was produced by Bartolomeo Meletti and Ronan Deazley, with case file materials by Dinusha Mendis, Hayleigh Bosher, Bartolomeo Meletti and Ronan Deazley. There are now 12 ‘case files’ in total, each one exploring a different facet of copyright law related to the animated film. For example, Case File # 7 explores how the court in the Designer Guild case interpreted the boundary between idea and expression when considering whether the complainant’s floral wallpaper design was infringed. The wallpaper makes an appearance in the background of one of the scenes in the film.

The British Universities Film and Video Council has nominated the film for an award in the Courseware and Curriculum category. This is a very competitive field given the educational focus of the awards. The British Universities Film and Video Council (BUFVC) is a representative body which promotes the production, study and use of film in higher education and research. Nominees will attend an awards ceremony at the BFI Southbank on Thursday 28th April.

Whatever the outcome of Thursday evening’s award ceremony, our colleagues’ creativity has already contributed significantly to copyright education in the UK. In the previous 12 months, Copyrightuser.org has received over 100,000 unique visitors and has been named by the Authors Licensing and Collecting Society as ‘the most visited UK copyright information website’. 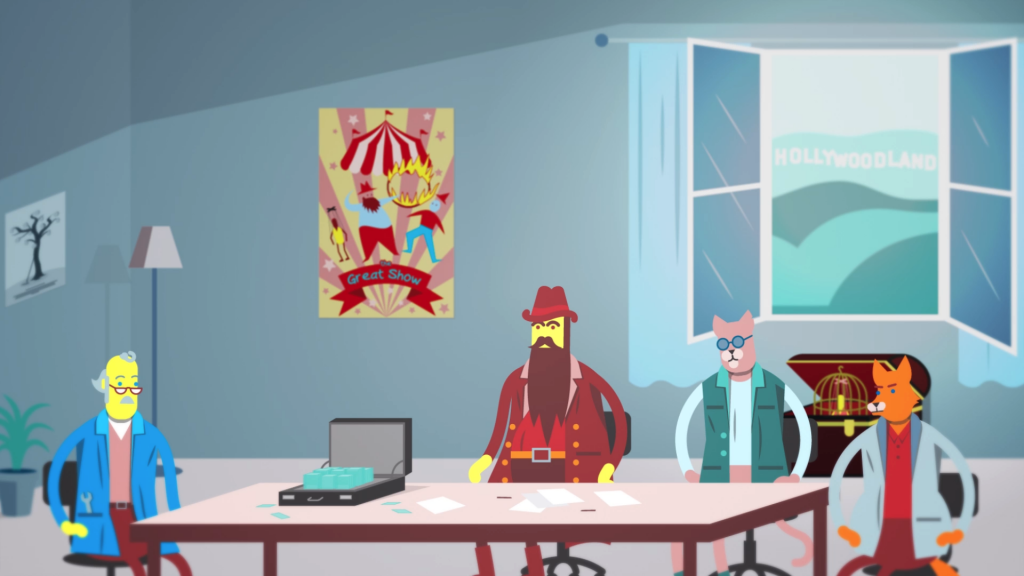 A still frame from The Adventure of the Girl with the Light Blue Hair. Some ‘guys from Hollywoodland’ have shown up seeking a license from toy manufacturer Joseph.