By Kris25 September 2015No Comments 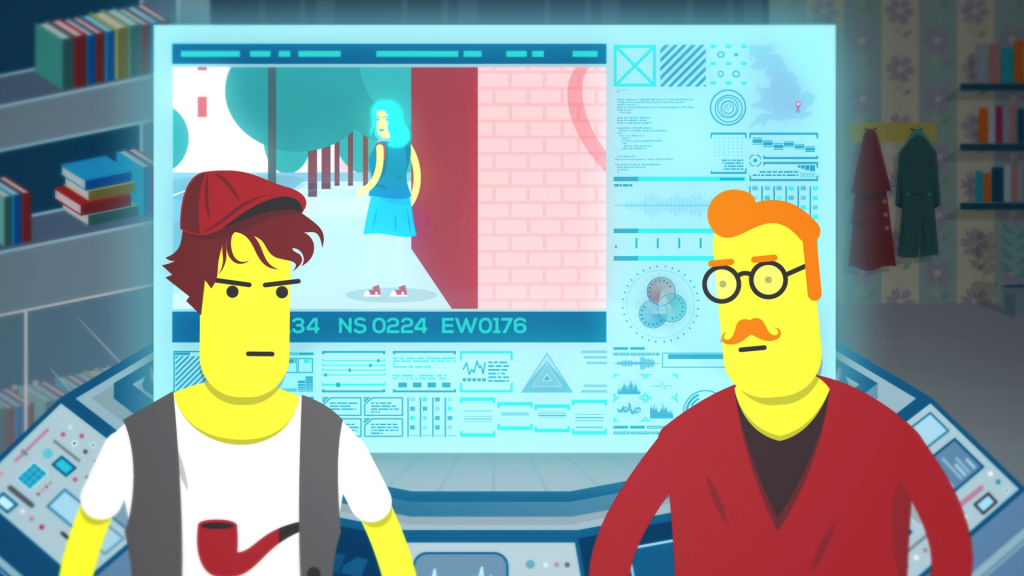 A scene from The Adventure of the Girl withe the Light Blue Hair depicts the two protagonists Sherlock and Watson as they discuss a mysterious case of copyright re-use.

An animated short film by Professor Ronan Deazley and CREATe researcher Bartolomeo Meletti, The Adventure of the Girl with the Light Blue Hair is a finalist for the 2015 AHRC Research in Film Award, in the category of ‘Innovation in Film’.

The film was commissioned with AHRC funding by CREATe’s Copyright User project as a way to illustrate concepts such as remix, reuse and the public domain to school-aged learners and other creative users of copyright. A series of Case Files accompany the video and help to give context to the different uses of copyright referenced in the narrative.

Many of us in CREATe have viewed the film, and the response I have observed has been strikingly positive, particularly in light of our shared recognition of the challenge of communicating the complexities of copyright law to new communities of users and creators.

Jan Dalley, Arts Editor of the Financial Times, AHRC Council member and chair of the judging panel, said: “The quality of the films shortlisted is an indication of a great deal of creative, innovative and highly engaged work being undertaken within the arts and humanities research community. Our congratulations go to the makers of these films and to the many others whose films didn’t quite make the shortlists.”

The winners will be announced on November 12th at an award ceremony at the British Film Institute in London.

The full list of nominated films can be seen here.