By Kris16 September 2015No Comments 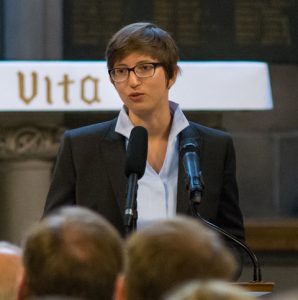 One the of the highlights of the recent EPIP 2015 conference in Glasgow was an opening keynote discussion by Professor Ian Hargreaves (Cardiff University) and MEP Julia Reda (Greens/EFA Group/Pirate Party), on the subject of copyright reform. For the 200 delegates in attendance, it was an opportunity to have a view ‘behind the curtain’ of two major efforts to re-assess copyright in the previous half decade. One of these was the Hargreaves Review of Intellectual Property, which led to publication of the ‘Digital Opportunity’ report in May 2011. The second was Julia Reda’s work as rapporteur of the European Parliament’s review of the 2001 EU Copyright Directive, which recently led to a draft report adopted by the European Parliament Plenary on 9th July 2015.

Both of these exercises have sought to improve copyright law by adapting it to the needs of current and future digital consumers and innovators, while also protecting the interests of creators. Although some of the specific issues addressed by each review are different, the broad approach of both has been similar: progress is measured in incremental steps which preserve the existing structure of copyright (for example the list of exceptions to copyright that EU Member States may adopt) without making major changes to the underlying legal framework (for example bold proposals such as a fair-use like right for consumers and innovators, or a change to existing copyright term).

In this blog post, I argue that researchers should critically examine the strategy of incremental change by generating and analysing empirical data about the effectiveness of recently introduced incremental reforms.

Certainly, as academics we have the privilege of 20/20 hindsight, and without the successful trailblazing by Hargreaves, Reda and others, we would not be in a position to be able to evaluate the policy reforms which have been implemented or proposed. In his opening address, Hargreaves modestly remarked that on the initiation of his review in 2010, the political landscape was fraught with entrenched conflict, having been told that “any liberalising reform would be resisted by rights holders well practised in the deployment of overwhelming force.” This had occurred in previous reform efforts (notably the Gowers review of 2006), and so Hargreaves and his colleagues were eager to avoid repeat disappointment.

Hargreaves recounted how he and the team took steps to deflect political lobbying, for example by “offer[ing] no more than ten recommendations” in the hopes of keeping the main thrust of their review intact. Given the economic climate of the time, Hargreaves and his team had been called upon to provide “proposals to ensure that the UK’s IP framework could promote entrepreneurialism, economic growth and social and commercial innovation.”

The question was how such an ambitious brief could be achieved from the starting line of entrenched positions. Would incremental changes, such as more specific exceptions to copyright, be sufficient to meet the needs outlined by the many voices arguing that reform was needed? In particular, lobbyists in the UK mostly representing content rights owners, sought to “stop the ‘Google Review’ in its tracks.” This position was predicated on the belief among rightsholders that UK reforms might incorporate a ‘fair use’ principle similar to the USA. Hargreaves recounts that he and his team viewed a bold ‘fair use’ approach as a political liability, opting to adopt a more measured set of recommendations based on the existing framework of copyright exceptions:

“The right legal route to this outcome, I argued, was for the UK to take maximum advantage of several copyright exceptions permissible in EU law, rather than undertaking a more ambitious dash for a US-style Fair Use legal defence against rights infringement. Although there were well made arguments to the contrary, I became convinced that Fair Use would involve a dash into the all-too-familiar deadlock.”

The subsequent shape and reception of Hargreaves’ recommendations will be familiar to this audience. 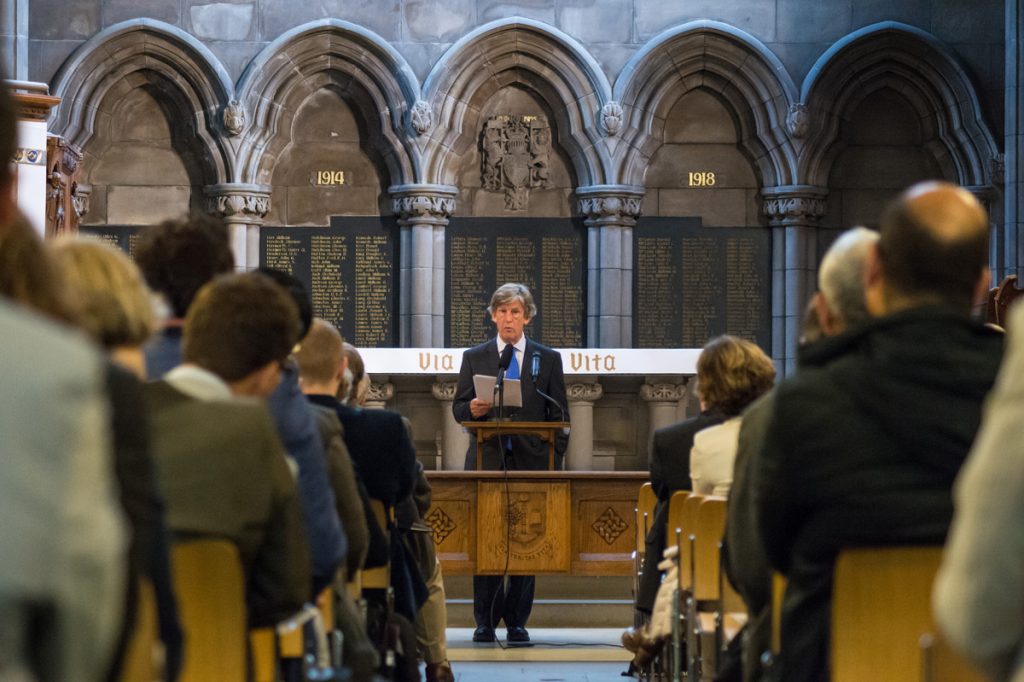 Reflecting on the success of Hargreaves’ reforms in the UK as a potential model for EU copyright policymaking, and in particular the use of empirical evidence as the basis for sound policy, Julia Reda in her speech provided a similar account of the fractured, fragmented, and deeply politically entrenched state of play in Europe. Examples she provided include disagreements over geoblocking, subsidization of newspapers via a proposed ‘Google Tax’ and of course the contentious ‘freedom of panorama’. In such a context, she argued, evidence may not always be enough:

“Due to the deep disagreements within the Commission on the shape and direction that the EU copyright reform is supposed to take, some fear that the Commission is now engaged in a process of policy-based evidence making.”

In other words, Reda went on to warn, if policy makers don’t get sound evidence from academia, they will obtain it from other parties, where methodologies and sources are not always transparent or rigorous. Furthermore, she went on to say, “In the absence of public attention, politicians [will rely] upon the rule of thumb that they fall back on when they lack a clear policy preference: that stricter copyright was generally desirable and in the best interest of creators.”

Some of the changes proposed in Reda’s recent report are incremental improvements similar to those proposed by Hargreaves for the UK, such as a new exception for content mining, the harmonisation of exceptions for research and education, new exceptions for libraries and archives. However, working within the established EU legal framework, Reda has also proposed protection of exceptions and limitations from contractual override, as well as fully harmonising copyright terms at the lowest levels that currently exist in the EU and so developing a more comprehensive set of users’ rights.

This does fall short of bolder proposals raised from user communities and public interest groups, such as calls for a broad exceptions for UGC and remix, proposals to adopt a ‘fair use’ principle, or exhaustion of rights in a digital single market for copyright goods. Recognising the limitations required in order to progress her reforms, Reda reiterated the need for cautious and incremental movement:

“I hear Ian Hargreaves’ point about the necessity for small, incremental change, and I do believe that as tedious as that task may sound, it is what will eventually lead to success. […] But while accepting that politics is the art of the possible, we should not miss the opportunity to communicate the urgency of copyright reform in the most public and in the clearest terms.”

If we want to see bolder approaches to copyright, then we are going to need stronger evidence and louder voices, Reda argued. Reflecting on her public image as a Pirate Party politician, she called on the academics in attendance to take a more active role, suggesting that “If the academic world, based on scrutiny of the evidence, in a concerted effort, communicates to policy-makers that fundamental reform is needed, I’m sure that the message will be heard.”

So, is fundamental reform a realistic policy objective, and do we have evidence that could support such a position?

In his own assessment of the progress made following his team’s review, Hargreaves suggested that “The UK’s revised legal framework adds strength to the potential of our creative industries and wider creative economy, not least because it enhances competition and builds consumer confidence.” Now, more than a year since implementation of key proposals made in the review, we should be able to get a clearer sense of how much of this is true, and whether further, bolder reforms in the direction established by Hargreaves are appropriate.

What can we at CREATe and in the wider academic community do to aid policy makers in making sound decisions about copyright reform? We have already been involved heavily in evaluation and assessment of the economic and social impacts of newly proposed copyright exceptions, such as the proposals made in the Hargreaves Review for a new exception for parody, and the licensing of orphan works. We should revisit these policy changes to see whether or not they are being used, who is using them, and whether there are barriers to achieving the kinds of impact envisioned in the policymaking phase. It could be that while the innovative potential and economic benefits envisioned and encapsulated in these specific exceptions is measurable, the benefits are not accessible due to a range of possible factors. This may suggest the need for a bolder, more radical approach – such as the fundamental reforms referenced by Reda – or it may highlight other strategies which may include education, knowledge exchange, or technological solutions. The path of opportunity is open for us to engage as researchers in the copyright policy process.