By Elena Cooper12 June 2014No Comments 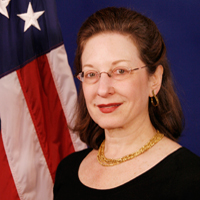 Purpose of Briefing: to outline where USPTO is going with copyright policy in light of a very active year. Focus on Green Paper issued by US Department of Commerce in July 2013: Copyright Policy, Creativity and Innovation in the Digital Economy.

Background to the Green Paper: Began in 2010, when Department of Commerce set up Internet Policy Taskforce to look at issues including cyber-security and privacy. The Task Force includes the USPTO and the National Telecommunications and Information Administration. Began with ‘listening sessions’ and public meeting/submissions in 2010. However, this process disrupted in 2011 with public debate over SOPA and PIPA, and then in 2012 with another public ‘blow-up’ over ACTA. Consequently, 2012 was a ‘dark year’ for digital copyright policy. By 2013, Department of Commerce felt need for a ‘cooling off’ period as regards debate over reform. While general consensus that update to law needed and lack of consensus over what this was for, but recognised that need for a more measured debate. How was this achieved? March 2013 Maria Pallante gave a talk at Columbia Law School entitled The Next Great Copyright Act. This feeds into initiative by Congress of a review of the Copyright Act, which has resulted in several hearings and may be expected to produce first legislative drafts early next year. The Congress review is separate from the USPTO, the latter being the principal adviser to the President on IP policy and separate from the Copyright Office which is chief adviser to Congress on copyright policy. Department of Commerce Green Paper is therefore separate from Congress’ review, though Copyright Office did feed in its comments to Green Paper.

It contains the following ‘big picture’ messages:
• Importance of copyright to commerce and culture and need to ‘make it work’ in the digital environment.
• No need for a re-think of basic copyright principles – these are still sound.
• A good and well functioning copyright system is consistent with an innovative internet.

Generally, aim of the Green Paper is to ‘turn down the heat’ post SOPA and PIPA public outcry, i.e. a calm statement of where we are and set a framework for analysis for debate. Also aim is to lay groundwork for moving forward on difficult issues. It is hoped that by setting small and achievable goals there will be more positive discussions.

In terms of coverage, Green Paper is very US focused but also takes an international view to the following extent:
• international treaty obligations taken into account;
• belief that on all ‘cutting edge’ issues, we should be aware of thinking from elsewhere, e.g. the current EU consultation;
• recognition that enforcement is different elsewhere and these different approaches may be of interest; and
• market for infringing content is global.

Green Paper is divided into 3 sections:
1. Maintaining the balance between rights and exceptions.
2. Enforcement, i.e. making sure the balance struck at 1 is meaningful.
3. On-line market place: how best to realise potential of the internet.
Recommendations under each of these 3 points were dealt with in turn.

1. Maintaining the balance between rights and exceptions:

No single approach will solve this question, so thought best to have a mix of legislation, courts, voluntary arrangements and public outreach/education. Need for pragmatism in identifying what will work in good time. The following specific issues are discussed:
• Public performance right for sound recordings: over the air broadcasting right for sound recordings has never existed in the USA. Over 30 years of calls for this right. Also need to simplify current statute re rate standards. This is very much a US issue.
• Aereo case due for hearing on 22 April 2014, re question of divide between public and private performance on the internet. No position taken in Green Paper on this, but noted that is an important issue.
• Update existing exceptions, in particular orphan works, mass digitisation and library exceptions.
• Greater clarity in fair use doctrine. Fair use is ‘an integral part of the balance’ of US law but is source of much uncertainty. Possible ways of dealing with uncertainty: guidelines could be helpful but better if co-written by parties on all sides. Also supported Copyright Office providing help to authors through summaries of principles of case law.
• Two areas where specific exceptions considered. First, re legal status of remixes/mash ups: we have a thriving re-mix culture in the USA which functions through licensing and/or fair use. Green paper asks whether we have the appropriate balance, e.g. do we need more certainty in this area? Secondly, question of first sale doctrine. Copyright Office did a study in 2001 and concluded that first sale doctrine does and should not be extended to apply in digital environment. Green paper suggests we should ask whether benefits from first sale doctrine in physical world can be achieved in digital environment, particularly as technology may have changed since the 2001 study.

Specific proposals:
• Green Paper repeats prior calls to make available same penalties for criminal acts of on-line streaming, as for acts of reproduction/distribution. i.e. both felony and misdemeanour.
• Considers voluntary initiatives that can help enforcement to be a helpful way forward, e.g. statements of voluntary best practices and cross industry agreements. Plan is to analyse impacts of voluntary efforts.
• Supports work of Copyright Office re establishing specialised small claims procedure.
• Supports education and outreach. Debates surrounding PIPA and SOPA shows how important it is to engage with public. Not possible to take things forward without public legitimacy. People need to know the issues so they can understand the debate.
• Identifies two areas in which potential statutory damages (assessed on a per work basis) have been argued to be too high: (i) individual file sharers, and (ii) secondary liability for mass on line services. No commitment to legislative change but identifies these areas as raising issues and warranting stakeholder dialogue. Also some operational problems identified re notice and take-down procedures, e.g. volume of notices, abuse of system, and difficulty of use for small rights owner or small service providers. Again, need for stakeholder dialogue on these points.

The following are recommended:
• Support Congressional efforts to simplify music licensing (re compositions) as anachronistic where requirements may be e.g. how collecting societies licence.
• Need to consider better access to rights ownership information. Consider ways to incentivise registration, short of formalities, and establish private-public partnerships.
• Streamlining licensing initiatives: can initiatives like Creative Commons be introduced/improved in other sectors? This is about private initiative, but Green Paper asks whether there is some role for Government. USPTO is interested in the experience of the UK Copyright Hub. Should the US do something similar?

Over 100 comments received on the Green Paper. Full day of public meetings held on 12 December 2013. In addition, more specific meetings planned in relation specific issues e.g. re-mixes, first sale doctrine, statutory damages, notice/take-down procedure. There will be round-tables in different parts of the USA between May to July 2015 (in LA, Silicon Valley, Nashville, Boston) to hear from communities in relevant sectors. These meetings will be transparent – webcast and archived, with remote participation possible, though there will also be a Working Group where Chatham House rules will apply. The comments received in the meetings will be fed into a White Paper to be completed by the end of 2015. In addition, a multi-stakeholder forum has been set up – first meeting on 20 March, with further meetings planned every 6 weeks.

Generally, aim of this consultation is not necessarily legislative change, just about identifying what Government can do to help, which might be just assistance in setting up codes of best practice or memoranda of understanding. Aim is that the consultation is a constructive process, allowing discussion between different stakeholders. Not aimed at pushing Congress to legislate if issues can be resolved voluntarily. Proposal is to start the stakeholder meetings with the issue of standardisation of notices (re notice/take-down) – will this make the procedure more efficient? If trust is won on that issue, then move to more difficult issues. Aim to identify what is working well, as well as problems. USPTO view is that this offers best change of doing things meaningfully in the short term.