By Vivtoria2 June 2014No Comments 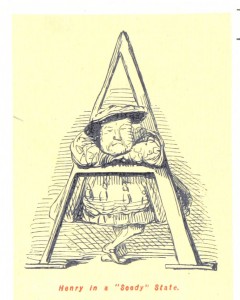 As those working in the archive sector will know all too well, UK copyright in many unpublished works does not expire until 31 December 2039, with the absurd result that old material going back to the 15th, 16th and 17th centuries is still protected by copyright. This substantially reduces the online availability and international circulation of authentic, historical records documenting the events which have shaped the UK and its relationship with the world. Recent public comments by the UK Intellectual Property Office (IPO), however, suggest that the long wait for a reduction in this term of protection may well be over.

The comments were made in April 2014 by Antoinette Graves, Head of Orphan Works, Broadcasting and Film Policies at the Intellectual Property Office at Digitisation, Public Domain and Informational Monopolies, a conference organised by the Centre of Intellectual Property Policy and Management (CIPPM) at Bournemouth University. When asked whether the term would be reduced through a graduated scheme or a single date after which the extension would not apply, she favoured the latter: “…that certainly was the intention behind the primary legislation, and there shouldn’t be anything too complex in the secondary legislation.”*

These comments follow on from those made at a copyright briefing organised by the Chartered Institute for Library and Information Professionals in early April 2014, where Antoinette Graves  presented details of the new Orphan Works legislation, due to come into force in October 2014. She recognised the tension between the term expiry of 2039 and its effect on the practical usefulness of the Orphan Works exception and licensing scheme. This may suggest that the term reduction may coincide with the introduction of the Orphan Works legislation. Certainly, it would be logical if it did so.

The current term expiry of 31 December 2039 stems from changes introduced by the UK Copyright Designs and Patents Act 1988 and applies to all works created, but not published before 1 August 1989, where the author died before 1 January 1969.  It has been hoped for some time that this term of protection would be reduced, particularly after a power to do so was included in the Enterprise and Regulatory Reform Act 2013. The Libraries and Archive Copyright Alliance have been campaigning and lobbying on the issue for several years and CREATe have been highlighting the issue in its detailed working papers and at public events since early 2013. Interested readers are directed to the following CREATe publications where the issues are discussed in full: Archives and Copyright: Risk and Reform; Copyright and Risk: Scoping the Wellcome Digital Library Project; Archives and Copyright: Developing an Agenda for Reform; and Research Perspectives on the Public Domain.

Given the large proportions of unpublished material held by archives within the UK deposited before 1989, the implications of a reduction in term are enormous: vast quantities of material will ascend to the public domain for the first time. The effect of such open and freely accessible public domain material on archivists, users and stakeholders has seismic potential within and without the archives sector, increasing the international availability and circulation of material online. All these groups should watch with interest.