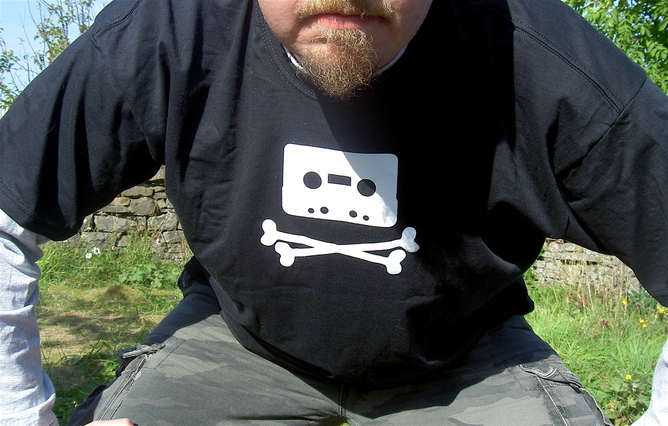 Rebel without a cause? We don’t really know. Andy Armstrong, CC BY-SA

There is a disturbing lack of evidence about why people choose to share copyright content online, as well as about whether the practice harms the entertainment industry and society or if it is a benefit. That is a real problem as we try to legislate in this contentious area.

The industry wants to come down hard on piracy but a 2011 review of intellectual property warned the government not to lose sight of the main aim of copyright law, which is to incentivise creators.

In a recent deal struck between internet service providers and the entertainment industry, people who unlawfully download music, film or software could soon start to receive letters advising them against the practice.

The UK government also aims to update its much lobbied, much debated copyright legislation on June 1 – although the minster for intellectual property has announced further delays to two key exceptions for “private copying” and “parody”.

At the same time, the government is exploring whether to increase criminal penalties for online copyright infringement to a maximum of ten years imprisonment. Currently, the maximum sentence is two years.

Such a serious shift in enforcement requires strong evidence. Yet a review of the existing evidence commissioned by copyright centre CREATe shows that this is exactly what is lacking. We have relatively little idea about why people illegally share files or what effect the practice has on the entertainment industry.

It might be wise to find out why people break the law in this way, and which unauthorised activities in fact offer opportunities, before we decide how to punish them. Alternative responses could include better streaming services or making a stronger moral argument against piracy.

CREATe’s study, conducted by a team of researchers at the University of East Anglia, is a scoping review of all the evidence that is available on the causes and effects of unauthorised digital copying by consumers, from a behavioural economics perspective.

CREATe’s review threw up more than 50,000 academic sources that were potentially relevant for assessing unlawful file sharing. These covered music, film, television, video games, software and books. These were narrowed down to 206 articles which examined human behaviour.

The most striking finding was that what knowledge we do have about file sharing relates to music. There is less evidence about why people share films and software and very little at all on why people illegally share videogames, books or TV content.

We appear to be basing our responses to piracy in general on what we know about music, even though the people doing it could come from completely different backgrounds and have very different motivations.

Music lovers might share files unlawfully because that’s what all their friends do, while those who share TV programmes might do it because they can’t get access to the show in their own country. Those who share software might not be able to afford to buy it legitimately and those who share books might just think it’s easy to do without being caught. The point is, we just don’t know so we are stumbling around in the dark, legislating as we go.

Earlier research has looked predominantly at the effect piracy has on content sales and the willingness of pirates to pay if they were not able to do access files unlawfully. What we should be doing is looking at their motivations. There is a comparative scarcity of studies that try to do so by employing observed behaviour as a measured outcome, whether from the experimental laboratory or from the natural world. This is clearly a problem.

From a behavioural economics perspective, CREATe’s study identifies five “utilities” that may be distinguished that consumers derive from unauthorised copying. The debate so far has focused on the financial and legal utility – the attraction of consuming for free.

But there is also the technical ease of unlawfully sharing and the potential herding effect that could occur if all your peers are sharing in this way. Consumers might also find the unlawful route is the only viable option if they want to access niche or new content.

And while the moral aspects of piracy are familiar rhetoric, we still don’t know very much about how consumers of unauthorised content actually feel about the moral implications of what they do. Do they think about artists or only record labels and film studios when they unlawfully access entertainment?

Only 20 years ago, copyright law and policy was a matter for expert lawyers representing publishing, music, film and perhaps software. International conventions were negotiated behind closed doors and attracted little public scrutiny. But the digital age has changed all that. Technology firms have emerged as new intermediaries and civil society is taking a greater interest. In a networked world, the consumer is now the focus of copyright laws that for centuries had regulated the behaviour of competing firms.

What to do about copyright infringers has become an ideological question. So far, evidence that did not fit the desired world view has simply been discarded. The industry says it has its own evidence about the damage illegal file sharing does to sales, but the underlying data is often kept private.

Both the industries affected by piracy and the legislators seeking to tackle it should be interested in robust evidence about how we predict unauthorised copying. Here, no one benefits from a distorted worldview. Each proposed new measure should be evaluated carefully against its desired behavioural effects. That’s the only way to create a system that works for companies, artists and the people who listen to music, watch films, use software and play games.

Martin Kretschmer is Director of CREATe, the RCUK Centre for Copyright and New Business Models in the Creative Economy. CREATe receives core funding from AHRC, EPSRC and ESRC.

In his career Daniel Zizzo has had external funding from from the AHRC/RCUK, the Australian National University, the Bank of England, the British Academy, the Department of Health/NIHR, the ESRC, the Nuffield Foundation, the OECD and University Technology Sydney.