By Sukhpreet14 February 2014No Comments

This won’t be readily apparent to all visitors to this website, but behind the scenes the CREATe team has done a fantastic job of providing an online resource for CREATe researchers to keep tabs on other projects – their outputs, aims, and current status. Such a rich resource means that one can keep abreast of other work occurring within the wider context of the project, and easily find contact details for researchers on similarly-themed projects in order to share ideas. 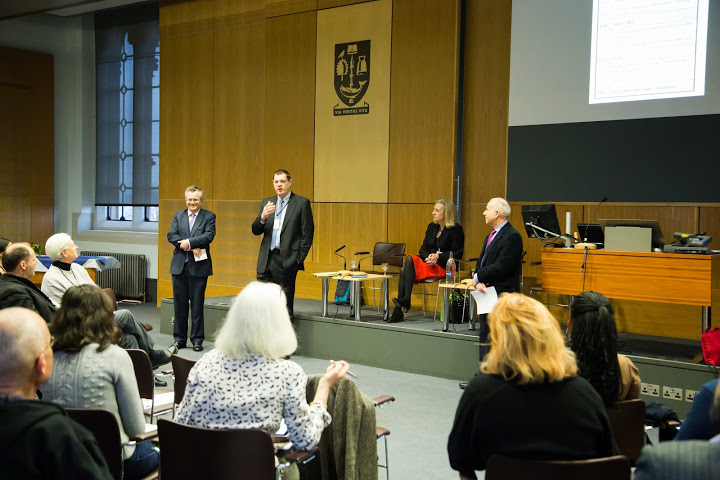 Yet despite this sterling work on the CREATe intranet, there is much to be said for getting researchers in a room together. Being in an academically stimulating environment – where instantaneous discussion can occur – allows for scholars to bounce off one another and actively make links between work that perhaps wouldn’t previously have been clear. The Creatives Research Resource Day held at the University of Glasgow on 31st January 2014 aimed to serve this very function, bringing together CREATe researchers in order to share experiences, methods, and ideas with one another.

As a contributor to two CREATe projects, I have previously been considering the links that can be made between seemingly different creative industries. My work with creative practitioners in (respectively) the video game and music industries has thrown up some interesting parallels in creative practices which I had initially considered quite significant. Yet in attending the Resource Day, and listening to presentations from other work packages, it became clear to me that the patterns I have identified between two sectors can perhaps be applied elsewhere.

For instance, Angela McRobbie and Tania Phipps-Rufus’ project on fashion IP is not one which would have immediately struck a chord with me when considering discourses of creativity, yet I was fascinated by the similarities I could draw with the industries I have studied. McRobbie noted how many young designers have been priced out of becoming a startup, and spoke of the difference in practice between those who had money supporting them and those who had to operate a business out of their creative space. Such tensions between hierarchal status within the industry and ability to freely create are similarly present in the concerns of independent musicians, as well as video game developers who might struggle with a business/art balance. Furthermore, Phipps-Rufus went on to note how many designers have no time or resources to dedicate to copyright research, leading to a point where copying has become vital to the pedagogical tradition of fashion design. Such “innovation through imitation” is present in generic approaches to music (such as jazz or rap), as well as in game development.

In addition to opening my eyes to the parallels between apparently disparate creative industries, the Resource Day also provided some insight and reassurance into varying methods one can employ in research practice – it was comforting to hear, for example, of others’ dismay at the difficulty in trying to schedule interviews with potentially reluctant participants! In order to combat this, it was suggested that perhaps we could embrace “Event Research”, which can have reciprocal value. Certainly I would agree that hosting events for stakeholders is a good way to build relationships with industry leaders, and in my write up for the WP1E workshop, I reflect on the academic implications for the “on the record” discussion. Yet what was seemingly equally as valuable – for both the research team and attendees – was to see discussion take place during breaks. Socialisation continued when the Dictaphones had been turned off – laptops with games were brought out, contacts were exchanged, and there was a sense of collegiality and value from having attended – something that wouldn’t have been possible if I had just interviewed individuals. 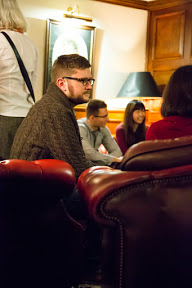 And indeed, such a model similarly applied to the Resource Day itself. For me, some of the most valuable time was spent during coffee breaks; talking to other researchers, getting a sense of how their projects are going, and sharing resources and advice in an informal setting. As part of discussion at the end of the day, one of the questions I posed to the group was about how – in practical terms – we can more readily share resources and ideas with one another. On reflection, I think events such as the Creatives Research Resource Day are the answer – sustained contact, discussion, and collegiality are vital components to the success of a project the size of CREATe.