Extracts from Panel Discussion “Copyright, and the Regulation of Orphan Works” held on 02/07/2013

Extracts from Panel Discussion “Copyright, and the Regulation of Orphan Works” held on 02/07/2013

By Vivtoria30 August 2013No Comments 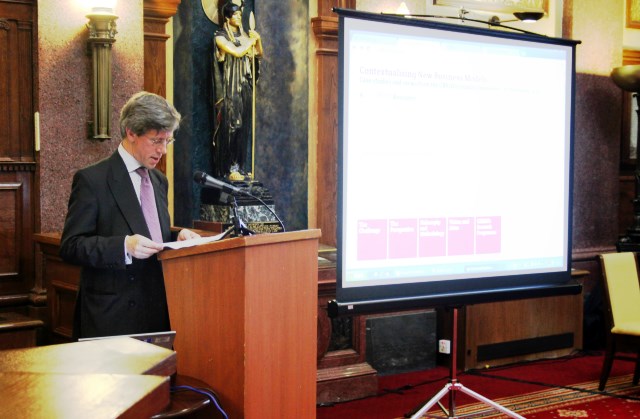 Today, we publish a summary, transcript and resource page which captures the panel discussion on regulation of orphan works held at the Law Society (London) on 2nd July 2013. The panel discussion followed the launch of an empirical report, titled “Copyright, and the Regulation of Orphan Works” published for the UK IPO by academics from Bournemouth University and CREATe, RCUK Centre for Copyright and New Business Models in the Creative Economy. The event, organized jointly by the Technology Strategy Board (TSB) and CREATe, generated considerable debate. We are now providing a summary of the day’s proceedings for further comment and analysis. 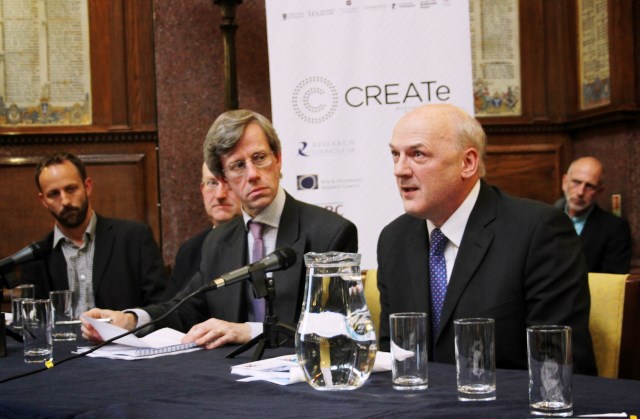 The panel discussion was chaired by The Hon. Mr. Justice Arnold, and the panelists consisted of Richard Boulderstone of the British Library; Matthew Cope of the IPO; David Hoffman of Editorial Photographers UK; Derek McAuley of the University of Nottingham and TSB Connected Digital Economy Catapult; Ros Lynch of the Copyright Hub UK and Jeremy Silver, representing the Bridgeman Art Library.

The main points of debate surrounded the treatment of orphan images, the use of cultural heritage collections and artworks, and, performers rights. In terms of images, several points were discussed; the distinction between finding easier methods to make historical orphan works available, and halting the accelerating creation of future orphan works; the use of voluntary rights registries; the role of technology; and the role of the IPO to protect image creators. In order to halt the propagation of new orphan works, a few solutions were put forward such as the use of widely-available technology for metadata propagation, and the failure of the image industry for the lack of a cohesive response to the stripping of metadata. 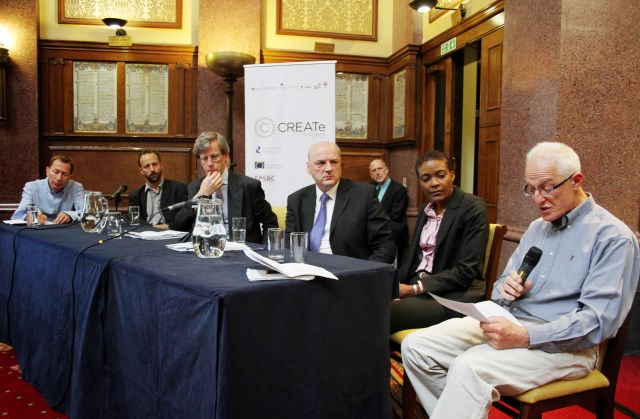 Matthew Cope, from the IPO, pointed out that image recognition software is now mature enough to detect the falsification and manipulation of images, while Derek McAuley (Catapult CDEC) discussed the possibility of automatic metadata registration being built into new cameras and smartphones. David Hoffman debated Cope’s assertions on ownership information, by saying “We’re still no closer to establishing a right for a creator to be credited or for a duty of care towards photographic metadata.” Hoffman characterised the under-use of orphan works as a result of “existing solutions [that] are cumbersome, unfair and inadequate.” 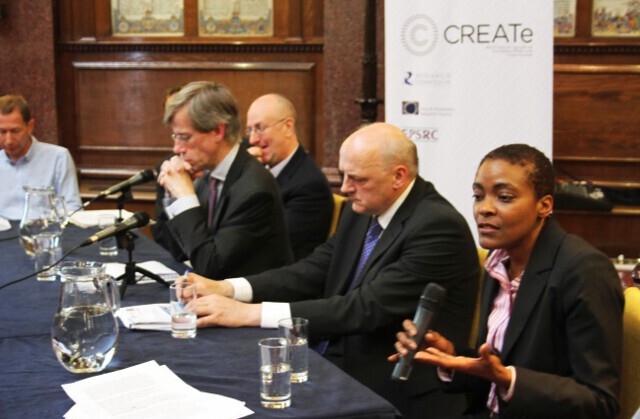 In response to Hoffman, Ros Lynch from the Copyright Hub, outlined some of the work that the Hub is undertaking to alleviate these concerns. She said that aim of the Hub was to make the process of licensing copyright works easier, and to provide a voluntary registry for copyright works and their uses. Acknowledging Lynch’s suggestion that the Copyright Hub has been working in consultation with creators, licensors and users on creating a voluntary Code of Practice for ‘creating and maintaining metadata in images’, the other panelists highlighted the need for incentives to encourage the uptake of this approach by photographers, industry, and ordinary creators. The panelists enjoined the IPO to take the lead in convincing the image industry of the benefits of this approach. Additionally, Hoffman raised the idea of linking ‘online privacy concerns’ with ‘metadata registration’ in the minds of consumers, as a way to get ordinary creators to register their metadata in images. 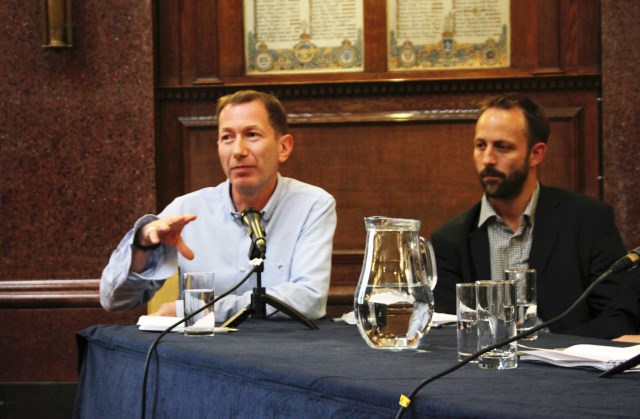 All panelists recognized the complexity of the orphan works problem, particularly when attempting to clear rights in historical orphan works. Jeremy Silver from Bridgeman Art Library, while commenting on the “clouding of the debate” which has hindered policymaking in the past, called for balance between both public and commercial interests in orphan works schemes.

Focusing on the use of historical orphan works, Richard Boulderstone from the British Library, described working with Google, Microsoft and other commercial partners in order to digitise several hundred thousand of the 15 million books held by the British Library; he also pointed out that the cost of this process, at £200 to £300 per book, is so prohibitive that rights clearance is an impossibility, and for this reason, digitisation efforts have been aimed entirely at 19th century books so far. In response to the conclusion of the Orphan Works report, he agreed that a limited liability model would be preferable for cultural heritage institutions wishing to digitise their collections, but stressed that risk analysis would continue to have a role to play, as Justice Arnold pointed out that public sector bodies, even when provided with statutory limitations, are reluctant to act unlawfully. 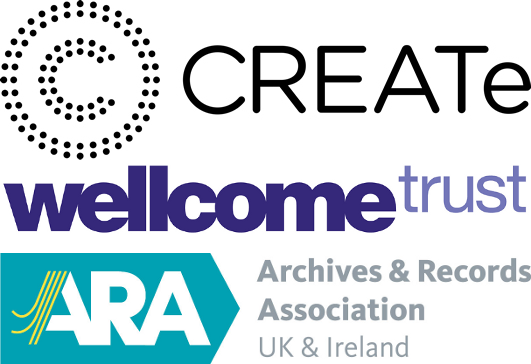 Risk management – as a tool for enabling cultural heritage institutions to make their digitised collections available online – will be one of the subjects up for discussion at a CREATe event scheduled to be held at the Wellcome Trust on 27th September 2013. Archives & Copyright: Developing an Agenda for Reform will focus on the Wellcome Digital Library’s first mass digitisation project, Codebreakers: Makers of Modern Genetics, and the risk-managed rights clearance strategy the Wellcome used to publish 20th century archive and library material online. There will also be an opportunity to discuss similar projects in the US, with commentary on Author’s Guild v. Hathi Trust. An event page with full details can be found here.

Click here for a related event, co-organized by City University and CREATe, which aims to discuss current research on the implications of identifying authorship of electronic images, prompted by the Enterprise and Regulatory Reform Act 2013 (ERRA).