Cultural policy and the idea of the creative economy

Cultural policy and the idea of the creative economy

By Sukhpreet10 February 2013No Comments 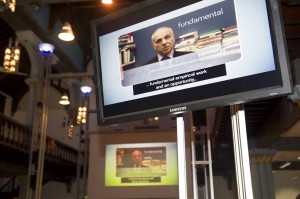 Contemporary cultural policy is made and implemented where culture, politics and the economy meet. It is highly institutionalized. It brings government into a relationship with how culture is made, how it circulates, and how we use it. So cultural policy is invariably concerned with questions of value, how, in the context of reception, objects or performances move and engage us, and in the marketplace, what we’re prepared to pay for them. And it’s not at all surprising that aesthetics and economics are often found pulling in different directions. To put this in the language of agency: those in political or institutional power are often at odds both with those undertaking cultural work and over who owns a cultural project.

Cultural policy is characteristically focused on nations and questions of collective identity. Because this is the territory of sentiment and emotion, it’s always sensitive. The global projection of a national society has become deeply linked with branding, marketing and so-called cultural diplomacy. Most often, but not invariably, cultural policy is the purview of sovereign states, such as the United Kingdom. It therefore unavoidably and centrally involves public institutions: ministers and ministries and various kinds of public agency that intervene in the cultural domain, and a bevy of national bodies from theatres to museums, orchestras to film agencies, and many more besides.

For the past fifteen years or so, in cultural policy discourse, creativity has become ubiquitous. Although the creative industries and creative economy have become familiar phrases in the media and in policy circles, it’s worth reminding ourselves where the ideas come from.

The official ideas about managing culture that dominate today were first minted in London in 1997, by the New Labour government of Tony Blair. The Blairites were the first major popularisers of the creative industries thinking that has now circled the globe and captivated many policy makers worldwide.

At the heart of all creative industries strategy is aggregation: its purpose is to bring together a number of quite distinct cultural practices – from architecture to antiques, from film production to software production – and to call these creative. This creates an object, now called the creative economy, which still remains an aggregation of different practices, and actually behaves that way too – and that continuing diversity and specificity makes policy-making rather difficult..

Once having established a new focus or object for a creative economy policy, a typical response has been to to try and devise instruments to make it work better – in particular, to make more of a profitable business of culture. One of the consequences of this approach is to change the focus and functioning of public agencies operating in the public domain. This can involve renaming and reconstructing existing bodies or reorienting them profoundly by introducing new management styles. In Scotland, it was creative industries thinking that led directly to the establishment in 2010 of Creative Scotland, the national agency for Scotland’s arts, film and creative industries.

There’s an obvious appeal of labeling something as creative. Who doesn’t want to be called creative? It’s so much better than being dull, mundane and boring, which is the implied alternative. But playing with romantic notions of cultural work – those extra-ordinary and god-like qualities of originality and inspiration – is only a small part of the story. The idea of creativity as such has appeal because it has a widespread resonance – it accords with contemporary aspirations to seek fulfilment in work. But while it is often officially presented as inclusive and democratic, creative economy policy is ultimately focused on a small minority’s cultural labour and its successful commodification through the exercise of intellectual property rights – because that goes with the grain of how cultural markets actually work.

At the heart of the official British vision of creativity have been the harnessing of culture to the growth of the national economy and a post-imperial desire to make the UK the ‘world’s creative hub’.

Irrespective of the parties in power, the creative economy has moved increasingly to the centre of policy thinking in the UK, and one fundamental logic remains in play – the tradability of intellectual property in cultural works and the contribution made by such trade to the national economy.

Why has this happened? In the UK’s case, part of the explanation at least, given the sway of post-industrial, ‘new economy’ thinking, with its strong bias towards knowledge production and non-material goods and services, has been the quest by nations for new sources of revenue and competitive economic advantage.

Many different sources have come together from sociological and economic thinking to create the present policy framework that so dominates everywhere. In the UK, various mutations have drawn on social theory. A key starting-point in 1947 was the critique of the so-called ‘culture industry’ by the Frankfurt School theorists, Theodor Adorno and Max Horkheimer. Then came a shift from critique into leftwing policy analysis in the 1960s and 70s through the work of French and British critical political economists, such as Bernard Miège and Nicholas Garnham. And then, following the 1980s vogue for urban cultural industries policies, the radical critique was reworked in the 1990s through the thinktankerati of New Labour into what we have now.