What’s Mine Isn’t Yours?

What’s Mine Isn’t Yours?

By Martin Kretschmer6 December 2012No Comments

This is my first blogpost as director of CREATe, the RCUK centre for Copyright and New Business Models in the Creative Economy.

The CREATe blog will feature regular opinion pieces by consortium faculty, with a focus on the interdisciplinary character of our pioneering project. Rather than pursuing fast commentary on breaking news, the aim is to relate our views to the underlying body of academic research that should bear on policy.

What follows is a piece on Copyright just commissioned by the ESRC for its annual newsstand magazine Britain in 2013 (available now from all good retailers). It appeared under the title “What’s Mine Isn’t Yours”, which ironically was not my title. I had submitted the copy under the headline: “Copyright is a right to prevent copying. But is copying theft as we know it?” The question mark matters here. 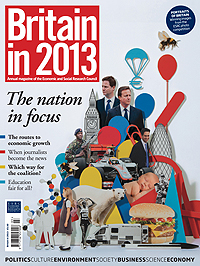 Copyright law is implicated in our daily lives, often invisibly. Browsing a website relies on cache copies, search results may display thumbnail images and excerpts of text, downloading will require at least an implied licence. An audit of the contents of our laptops, smart phones and media players will reveal that most files we hold were acquired without payment. Empirical studies indicate that on average more than 90 per cent of tracks on portable music players are copied while only about 30-40 per cent of young adults claim not to download music, movies, and TV shows illegally.

Copyright law is an invention of the printing age, and was first codified in the UK in 1710 (with a short term of 14 years that could be renewed once). Over the next 200 years, copyright’s length and reach has expanded considerably, now covering a wide range of creative works for a period of life of the author plus 70 years. Any reproduction, transformation, adaptation, or exploitation of a copyright work will require the permission of the rightsholder who may be the author or, more often, the successor in title who bought or inherited the work.

The development of copyright into the currency of the creative industries – as well as the stringency of rights clearance requirements for potential users – have moved copyright law to the regulatory centre of the digital world. In the 2011 Review of Intellectual Property for the UK government, Professor Ian Hargreaves suggested that ‘unduly rigid application of copyright law’ may ‘block innovation’ and ‘hamper growth’. The Hargreaves Report, Digital Opportunity, has attracted global attention, postulating that copyright itself has become so powerful that, rather than stimulating creativity, it may limit the opportunities for the UK media and technology sectors.

Hargreaves recommended a number of copyright reforms that have been accepted in principle by the Government, and several will be making their perilous way through Parliament in 2013. They include an attempt to regulate the licensing of orphan works, that is works for which the author or owner is unknown, or cannot be traced. Such works, for example the collections of many archives, currently cannot be lawfully made available online.

Other prospective reforms are the introduction of certain copyright exceptions, such as a narrow exception for private use covering mainly format shifting of content that has been bought already; and an exception for parody which may legitimise widespread practices of user-generated content, for example on digital video platforms.

Hargreaves also proposed the introduction of a Digital Copyright Exchange, facilitating the transaction of rights. Possible implementations range from a copyright register (making it easier to trace owners) to a clearing house (offering permissions on fixed terms) or even a market-maker (forming prices much like a stock exchange).

There is a lack of credible evidence on the effects of many of these proposals. The debate about copyright reform attracts believers and non-believers – creators, investors in content, investors in technology, the digital generation or the Pirate Party.

The framing of questions matters greatly: Does searching, reading or listening amount to theft? Should creators be able to control how their works are being used? If we ask the first group of questions, the obvious answer is no; If the second, the answer is more likely to be yes.

Independent social science has an important role here. The digital revolution in information and communication technologies has led to radical changes in the production, distribution and consumption of cultural and knowledge-intensive goods. The changes are complex, and take place at many levels, involving new forms of collaboration, adaptation and re-manipulation, new forms of transaction, and processes that previously were thought to be in the private sphere.

There are wildly conflicting claims about the value of intangible assets, about the benefits of open and closed models of innovation to firms and society, about the potential of massive collaborative projects (wikinomics), about the impediments that existing copyright arrangements pose for new derivative markets (mass digitisation, translation services, social media), and about the link between unauthorised consumer activities and lost sales. Contradictory evidence appears to derive as much from the (un)reliability of data, as from uncertainty about what kind of data would settle fundamental questions regarding the nature of the copyright incentive.

Content creators and producers are being forced to rethink their ways of doing business, and policymakers to search for regulatory frameworks that would promote the growth of new services. So what is wrong with copying? And where should control begin and end?